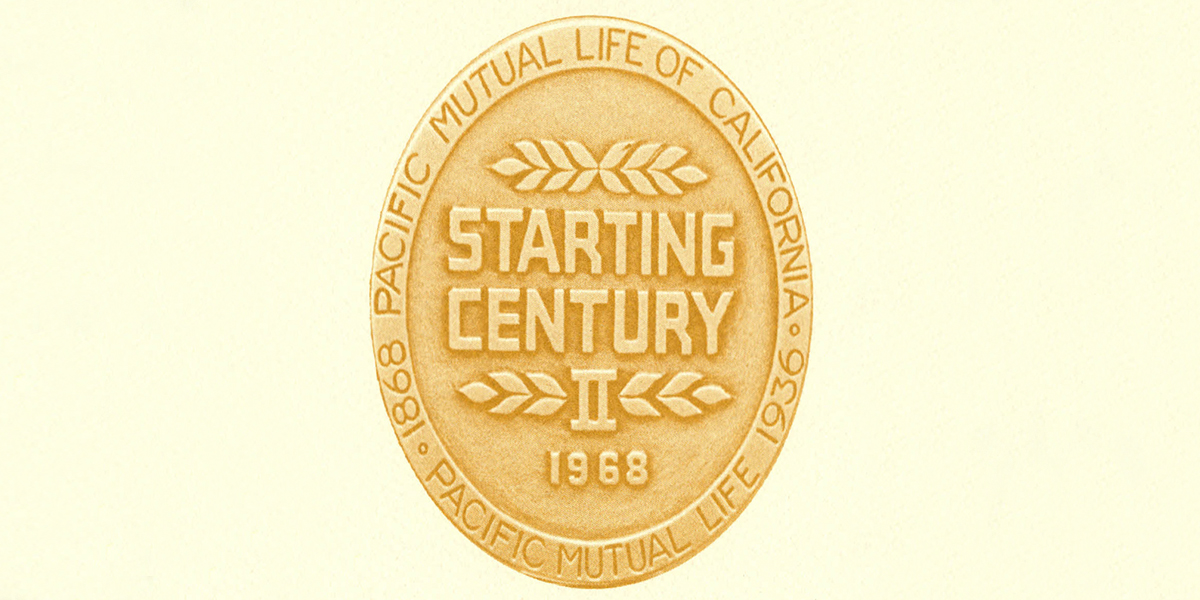 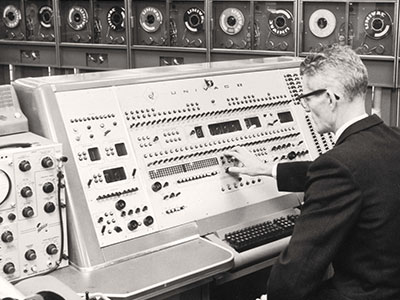 Pacific Life installed the UNIVAC system in 1955. A year later, it was put into action issuing reports. Pacific Life Archives 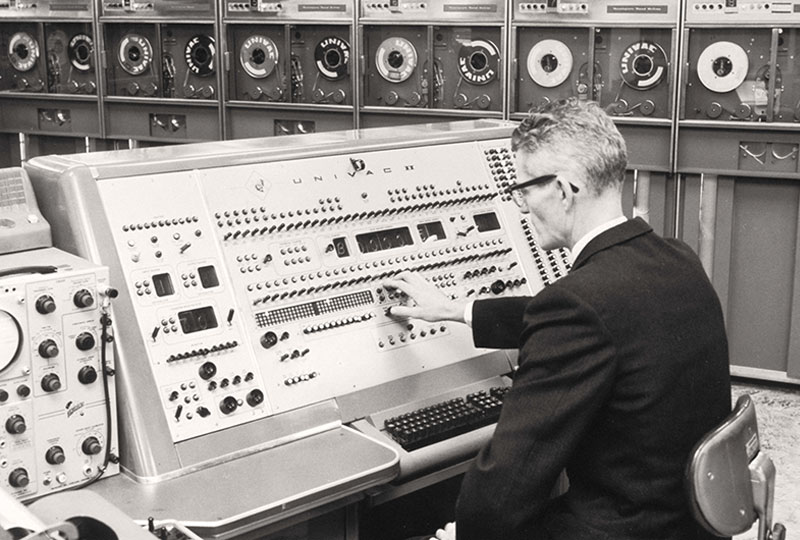 Pacific Life installed the UNIVAC system in 1955. A year later, it was put into action issuing reports.
Pacific Life Archives 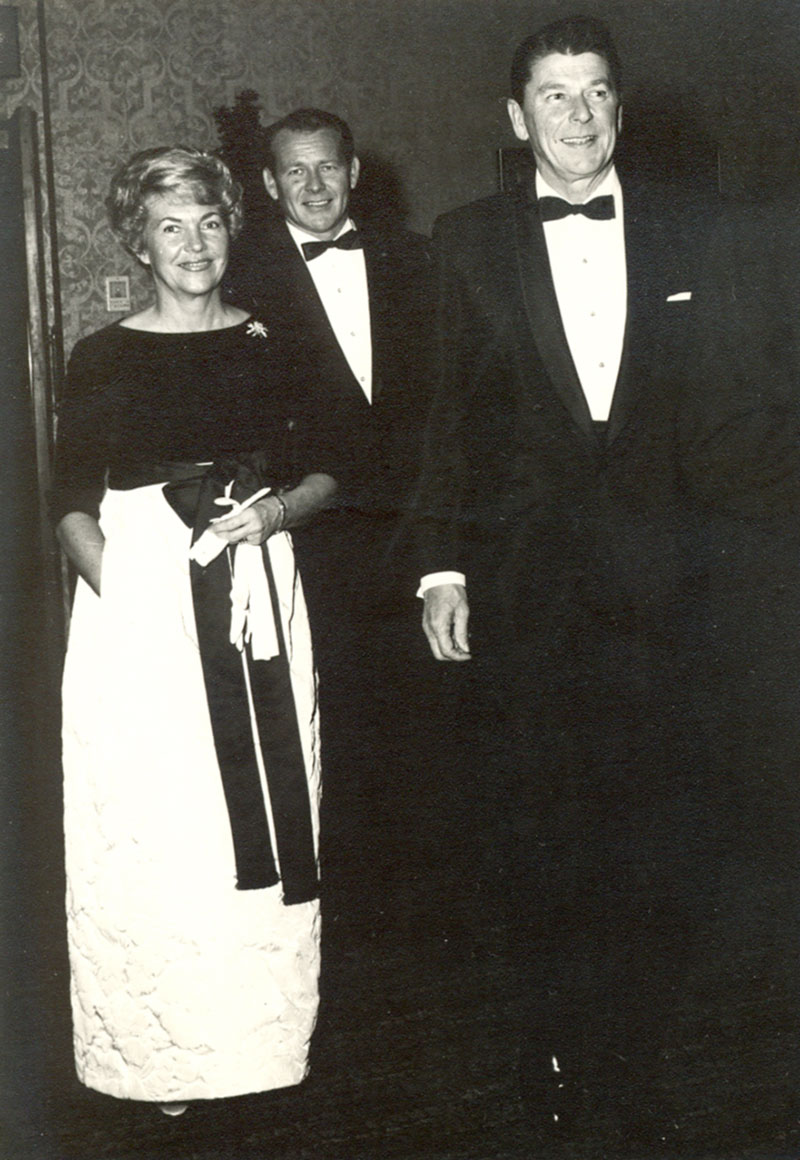 Rehabilitation had not been a time of standing still, though. The company added more than $550 million in assets and increased its life insurance in force to $2.6 billion, up from $643 million in 1936. It had also taken steps to modernize its operations.

In 1955, Pacific Mutual installed a UNIVAC 1 computer system—the first private company west of the Mississippi River to do so. A massive data processing machine, the UNIVAC could automatically update all 350,000 policyholder documents and issue reports. It was a $2 million investment, but it would enable employees to serve customers more quickly and accurately. By the end of 1956, the company had digitized its records, and other insurance companies were following suit.

When Pacific Mutual added to its computer power in the 1960s, the unit was still so colossal that once again a wall had to be removed to get the computer inside the company’s downtown L.A. headquarters.

Entering its second century, Pacific Mutual accelerated its growth. The company wasn’t simply going to rely on past success. It was going to move forward with new ideas, new technology and an inquisitive, youthful attitude. “It’s a Young World,” declared the advertising campaign that kicked off in 1967, and Pacific Mutual wanted to be in the best position to serve it.

It was this theme that President Stanton Hale focused on at the company’s conference and centennial celebration in January 1968:

This company is committed to being a customer-oriented organization. Make no mistake about that. There is no department or function which is an end unto itself, no idea that can be justified on tradition alone. As our public changes, so must we to meet its needs. This dynamism is the basis of our claim to being the “young-world” company, the company that is responding to a real world, and not merely the echoes of its own self-satisfied past.

Still, Pacific Mutual had much to celebrate from its past. What had started as a small operation to provide life insurance for West Coast clients in 1868 had by 1968 become a national business with multiple products and more than $4 billion of life insurance in force.

Only a few years later, continued growth, operational need and quality of life for employees, among other factors, convinced the company’s leadership that a move to Newport Beach would be in the company’s best interest going forward. A changing economic environment and shifts in the industry, however, would soon prompt transformation on a much larger scale.

Pacific Mutual set a vision to be a key player in a dynamic, fast-paced world. Find out how it navigated changes inside and outside of the company in the next installment of the series, Life on the Beach.

Pacific Life installed the UNIVAC system in 1955. A year later, it was put into action issuing reports. Pacific Life Archives

Pacific Life installed the UNIVAC system in 1955. A year later, it was put into action issuing reports.
Pacific Life Archives