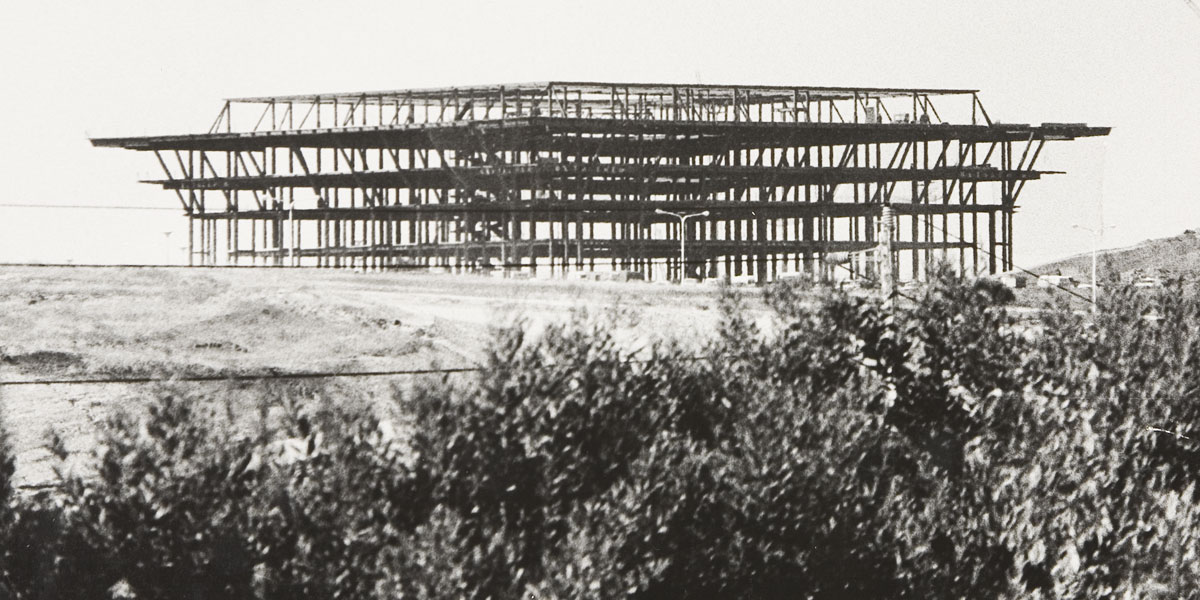 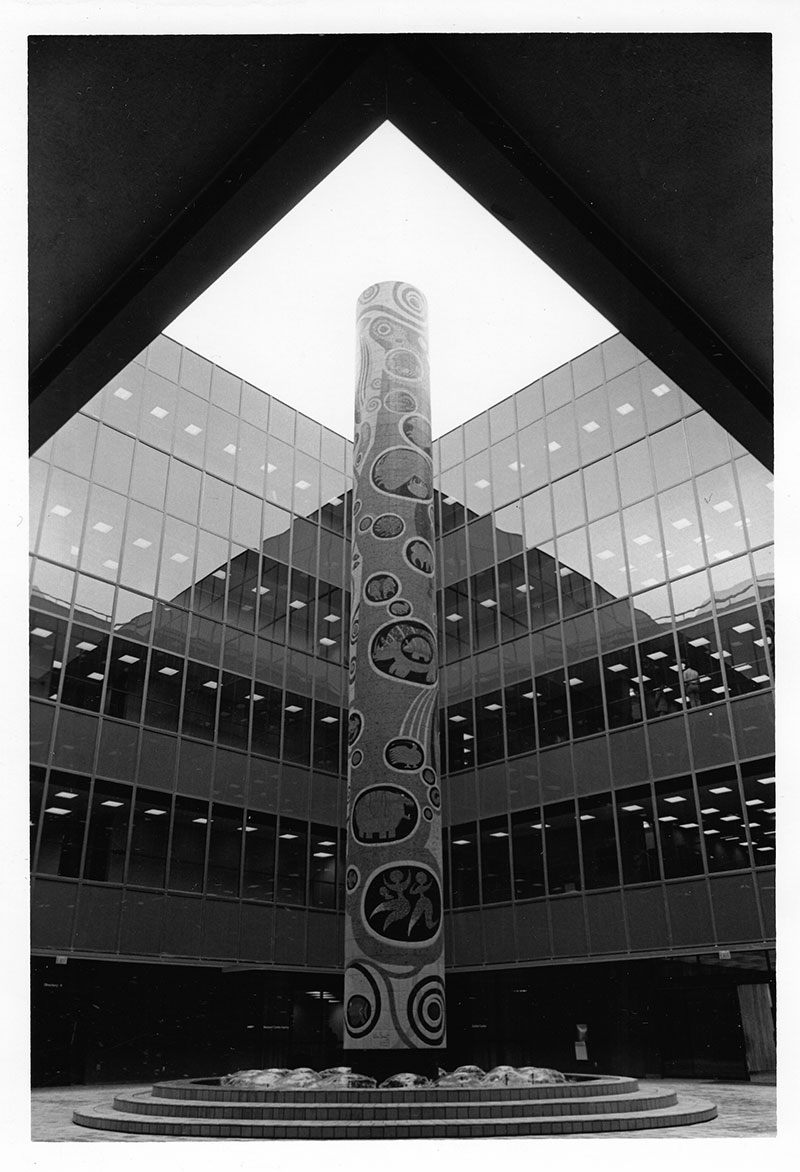 In November 1969, Pacific Mutual announced it had purchased 10 acres in a new development in Newport Beach, California. After decades in Los Angeles, the time had come for a new, modern facility that could also accommodate growth. The site at Newport, an up-and-coming community with a good quality of life for employees, fit the bill.

Architects came up with an efficient and distinctive design: a cantilevered five-story building that could hold as many people and operations as a traditional 18-story office building. Spacious hallways and a light-filled atrium added to its appeal, and the building included a state-of-the-art learning center for training and development.

Building the facility was complicated. About 1,500 tons of reinforced steel were brought in, and 120,000 cubic yards of dirt were moved from the site. The move, also, was anything but simple. Relocating hundreds of employees involved transferring enormous amounts of office equipment and records from 10,000 shelves—175 truckloads in all. In October 1972, the new office was finally ready for the first influx of employees. In the spring of 1973, Pacific Mutual held open house events for the public, agents and family members.

The timing of the move seemed fortuitous. Assets passed $1 billion in 1972. While life insurance was still the bread and butter of the organization, Pacific Mutual’s Group and Group Health business was growing and the company had recently started an investment management group known as PIMCO. Pacific Mutual was on the move in more ways than one.

No one, however, could have predicted the ways the shifting economy of the late 1970s and early 1980s was about to affect the company. With inflation rates soaring, Pacific Mutual had to find ways to stay relevant with its products and procedures. In 1982, it reorganized into strategic business units to better focus on specific priorities and products lines.

The most momentous long-term shift would occur, however, through a partnership that started in 1983 with an outside organization: The M Financial Group. Traditionally, Pacific Mutual’s products were distributed through career agents who worked only with Pacific Mutual. The M Group was a top independent brokerage that worked with multiple companies and specialized in high-net-worth clientele, which Pacific Mutual’s products fit well. The new distribution model worked and led the company to eventually replace its agency structure with a third-party brokerage system.

By gradually switching from career agents to independent producers, the company could save money, relationships with many former agents could be continued, and new relationships could be formed with the growing number of high-caliber independent brokerages in the market. These changes also meant business had to be earned from individual groups outside the company. Maintaining the highest level of service and providing relevant, competitive products became even more essential—a challenge Pacific Life’s employees tackled with pride.

The conversion to an independent brokerage model would take time, but what was viewed as “hearsay” at the time came to be a defining advantage for the company.

Pacific Mutual set in motion a series of changes to the way it did business. Find out where else the company was pushing its boundaries during the 1980s and 1990s in the next installment of the series, Ready for Action.