A smart rehabilitation plan and focused staff set Pacific Mutual on the path for future success. 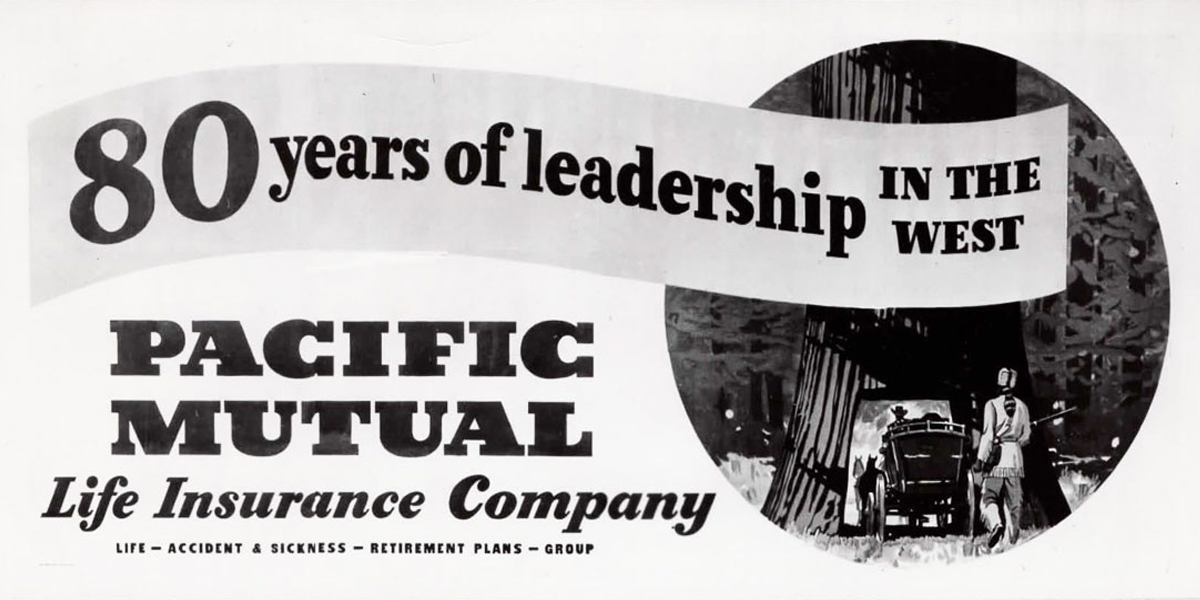 
California Insurance Commissioner Samuel Carpenter’s seizure of Pacific Mutual in 1936 could have been the end of the company. Instead, it was the start of a stronger business.

Carpenter greatly respected the company, and he knew it was really only Pacific Mutual’s non-cancellable income policies that threatened the company’s finances. He created a plan to rehabilitate the company, with support from West Coast businessmen and the courts. The plan called for:

As the company began its rehabilitation, it focused on building up its reserves and ensuring that its investments were sound. Though insurance in force initially declined slightly, in the 1940s the company picked up steam and expanded into new territory. In 1941, Pacific Mutual sold its first group annuity policy to Southern California Edison. Its group policies would prove so popular that the company created a separate division devoted to group policies in 1949.

In the meantime, war didn’t slow Pacific Mutual’s progress or growth, even as many employees left to serve. Employees who remained on the home front ran drive after drive, including blood donations, war bonds and book collections for soldiers. They volunteered countless hours and kept up with colleagues serving overseas. Staff members also came up with creative ways to conserve resources, such as eliminating issues of the company newsletter to save paper.

After the war concluded, Pacific Mutual continued its upward trajectory. In 1946, it wrote more insurance than in any other year in its history. But more importantly, Pacific Mutual entered a crucial step in its rehabilitation plan. According to the plan, after 10 years policyholders could vote to mutualize and become the owners of the company.

Their answer: Yes. Though the company’s old obligations still had to be met, steps were well underway to allow mutualization to become a reality.

A hero of the non-cancellable rehabilitation, Asa Call, became president in 1942 after Alexander Kemp stepped down. That same year, Call established a fund to fully pay benefits to all non-cancellable beneficiaries. While industry experts had ominously predicted in 1936 that it would be 1973 before repayment would happen, they underestimated the motivation and commitment of Pacific Life’s employees.

On December 30, 1957, the last of the deferred payments with interest went out. Pacific Mutual had done the impossible, repaying all its former obligations in record time. It was ready to move forward. It was ready to mutualize.

Pacific Mutual’s reorganization resulted in a company prepared and enthusiastic to grow. Find out how it kicked off its second century of service in the next installment of the series, It’s a Young World Out There.