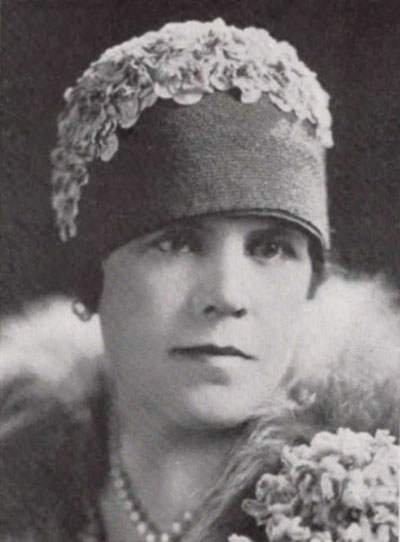 
I can't sell a policy until I've sold myself." Madelaine Finley 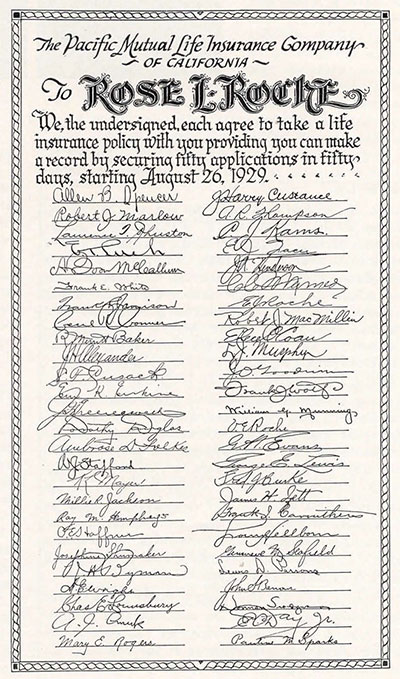 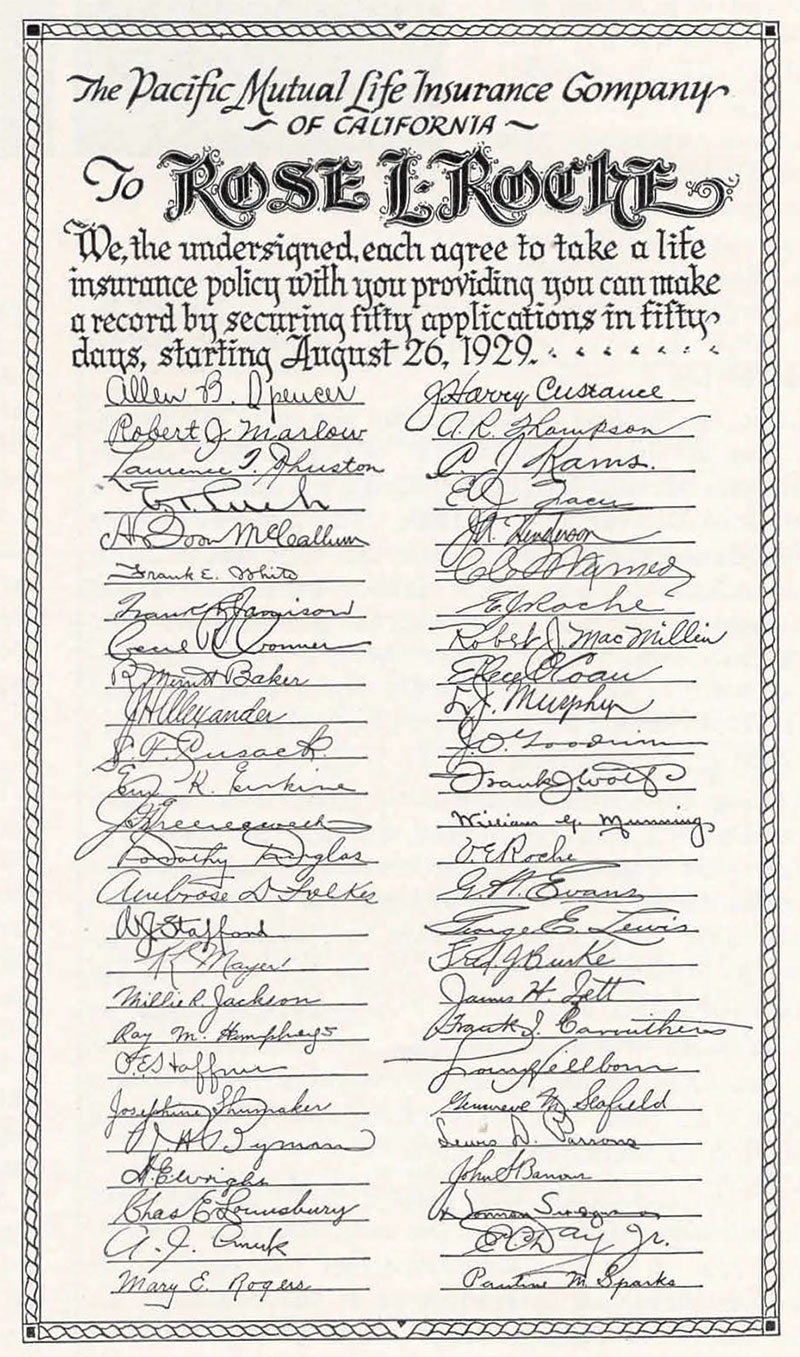 At the 1918 convention of life insurance underwriters, one speaker called out a remarkable contradiction in the insurance industry at large. If women can be successful agents, why didn’t more agencies and companies have women’s departments?

Pacific Mutual was ahead of the game. It already employed talented men and women. Fast forward 10 years, and the women’s department of the home office agency was the largest anywhere in the country, with 60 women contributing sales of more than $4 million annually.

Women working for Pacific Mutual took advantage of the courses offered by the School for Salesmen and other professional development opportunities. Top saleswomen became members of the Big Tree Club for agents selling above $100,000—later $200,000—and they regularly shared tips with other agents in Pacific Mutual’s newsletters.

“I can’t sell a policy until I’ve sold myself,” said Madelaine Finley, a longtime leader in sales. “I believe in insurance so strongly that I do my best to put over my belief to the prospect.”

Former teacher Rose Roche set a high goal for herself when she joined the Fabling and Fabling agency in Denver in 1929: 50 applications in 50 days. She hit 52, and received an honorary membership in Pacific Mutual’s App-a-Week Club.

Helen Lawson of the Theodore Hudley Agency soon outdid Roche, when in 1930 she completed 26 applications in her first two weeks. Shortly thereafter, Lawson even sold insurance from her hospital bed when she went in for an operation. By the time she was released, a nurse and two doctors had joined up with Pacific Mutual.

As Pacific Mutual’s January newsletter noted that year, “The wise general agent of the future is going to spend more time bringing women into his organization.”