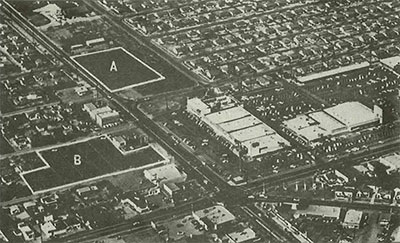 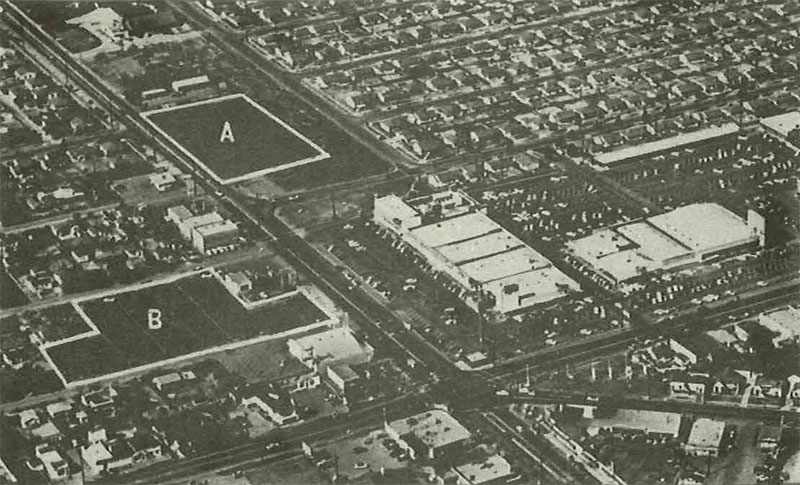 
Before 1948, insurance companies could not permanently hold or develop real estate as a source of income. When Pacific Mutual acquired properties, such as an amusement park, during the Great Depression, the mortgage loan division was tasked with selling them as soon as possible. This changed in 1948, when a law was enacted that allowed insurance companies to invest up to 5 percent of their total assets in real estate.

Despite the maximum allowances, Pacific Mutual proceeded with caution, and by 1956 had only invested $17.7 million, far below 5 percent of the company’s total assets of $523 million. The company based its decisions on several considerations, according to a 1954 Field News article: “quality, distribution by character and by location, operation costs, lease arrangements, types of tenant, future development opportunities and amortization basis.”

Careful consideration led to the development of projects such as the immensely popular $3.5 million Norwalk Square shopping center in Southeast Los Angeles. The company’s prudence paid off: Norwalk Square was a great source of income for the company and won the Award of Merit in Neighborhood Development from the National Association of Home Builders.


They Never Met, But Miss Jones Was Part of the Family