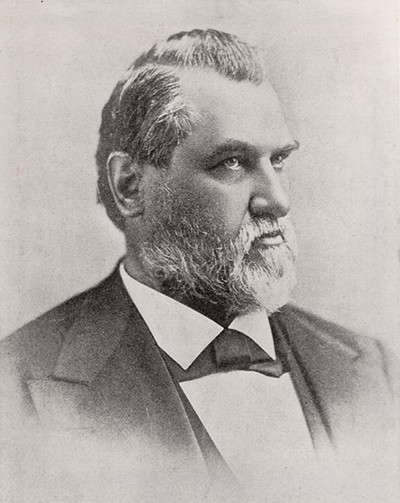 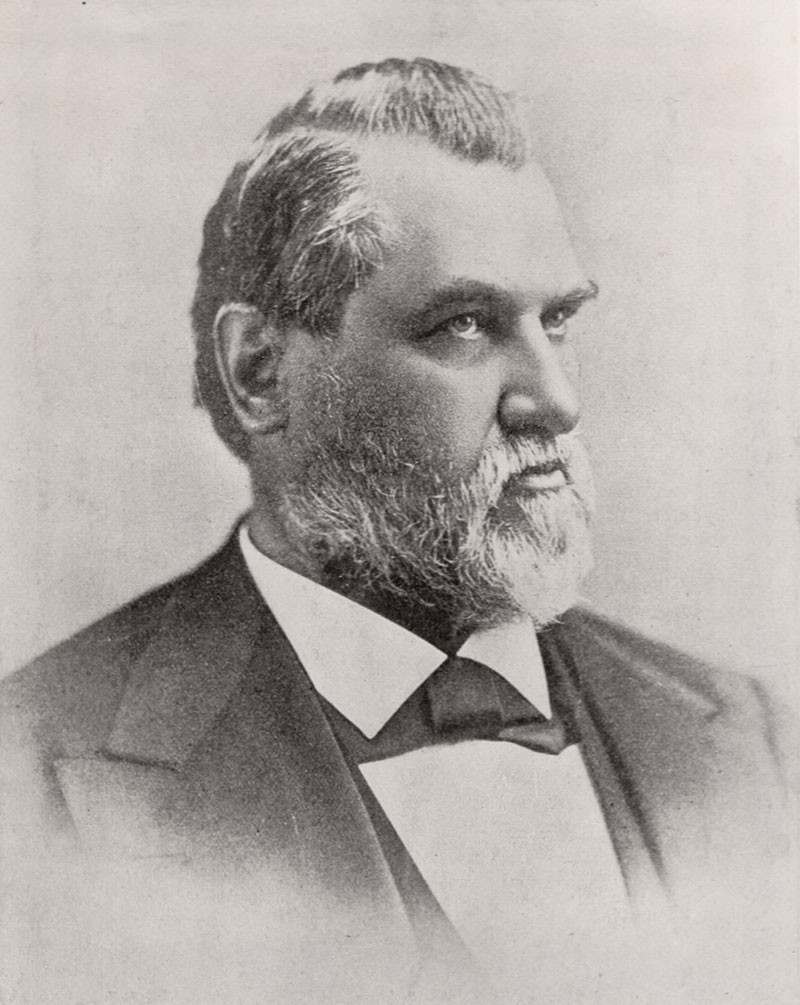 
Did you know that Stanford University was saved by the life insurance policy of Leland Stanford—a former lawyer, governor of California, railroad magnate, part-time winemaker and horse breeder?

Born in 1824 in rural New York, Leland Stanford moved west to California by way of Wisconsin, where he met his wife and briefly practiced law. In California, he sold mining equipment and was active in politics, serving as a justice of the peace and later as governor, from 1861 to 1863. He would also serve as a U.S. senator from 1885 to 1893.

While governor, he got involved in the railroad industry, eventually becoming president of the Central Pacific Railroad. He was one of the “Big Four,” developing the transcontinental railroad and driving the iconic “Golden Spike” at Promontory Summit, Utah. By 1888, he had begun operating wineries in Palo Alto, where he also bred record-setting trotter horses.

Pacific Life founders Simon Schreiber and Josiah Howell asked Stanford and other prominent businessmen to invest in a proposed insurance company based in California.  He was appointed the first president of Pacific Life, and his standing in the community gave credibility to the new venture. As a thank you for his role in shaping the company, Pacific Life ceremoniously presented Stanford with the first policy, a $10,000 life insurance policy.


The Formula for Success: Two Men and One Big Idea