This excerpt is taken from C.I.D. Moore’s 1928 book commemorating the 60th anniversary of Pacific Mutual Life. It introduces Benjamin D. Kennedy, the company’s first permanent actuary, and shows how he used technology to set Pacific Life apart from its competitors. 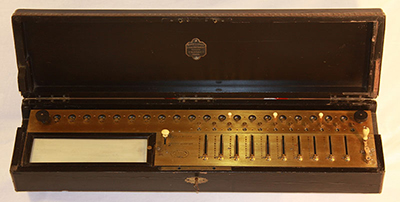 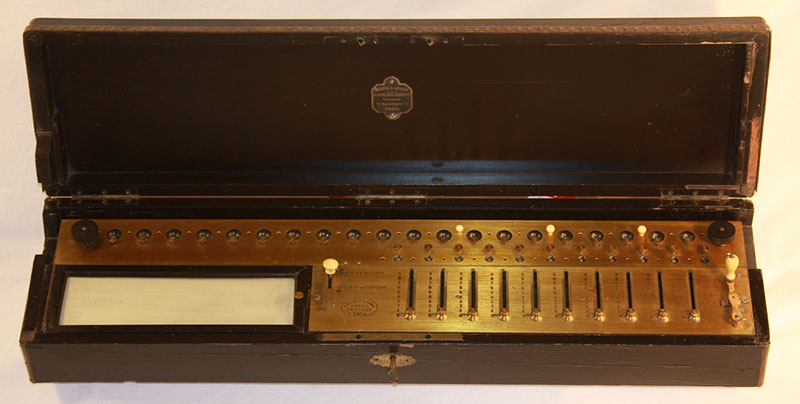 
It appears that the Company did not have an actuary in its regular employ until sometime in 1873, when Benjamin D. Kennedy, a man of culture, technical knowledge and gentility, was brought out from Louisville, Kentucky, to fill that office. Up to that time, Simon Schreiber seems to have done most of the actuarial work, a fact which brings to light another capacity of that versatile man, and reflects favorably upon his technical knowledge of life insurance.

Actuary Kennedy served the Company some twelve years. He was the proud possessor of the only calculating machine in the West, an “arithmometer of Sir Thomas de Colmar.” This big brass machine was a seven days’ wonder at the time, and it could accomplish astonishing feats when manipulated by Mr. Kennedy’s skillful hands, performing the four arithmetical operations with great precision. Its wizardry brought many visitors to his office. It may, however, be said to have possessed a rather delicate constitution, as it had to make frequent trips to San Francisco, where an expert watchmaker restored it to health. Mr. Kennedy also inaugurated a card system for individual policy accounts, the first in the West.


How to Save a University from Closing