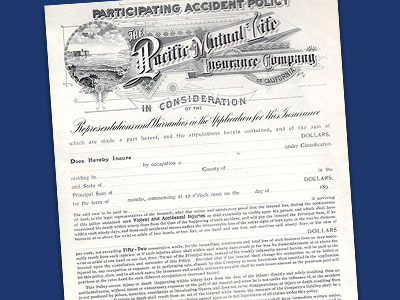 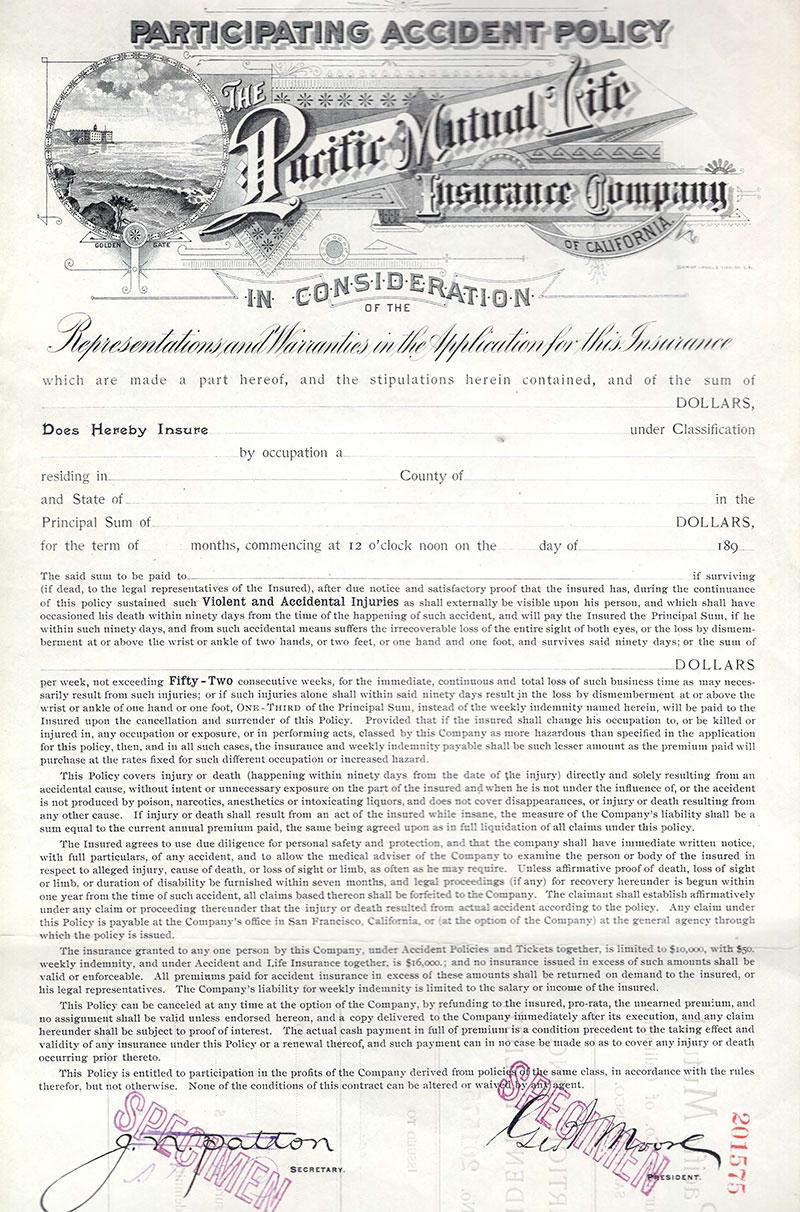 
As early claims for Pacific Mutual’s accident policy can attest, life in the 1880s West could be brutal.

“Laceration of two fingers from bite of a seal.”

“Carrying bullion when he slipped.”

Claims like these show exactly why the company’s executive committee felt Pacific Mutual should offer the policy in the first place. Policyholders needed protection from hazards beyond those that were life-threatening. Their health and well-being were also important. On March 31, 1885, the committee voted unanimously to organize an accident department, a radical move for a life insurance company in the 19th century.

The coverage proved popular and well worth the investment for many who purchased it, such as George Griffiths of Redwood City, CA. Fifteen minutes after he became a policyholder, Griffiths’ hand was crushed in a wagon break. He soon filed the second claim ever on the product, and possibly the quickest.