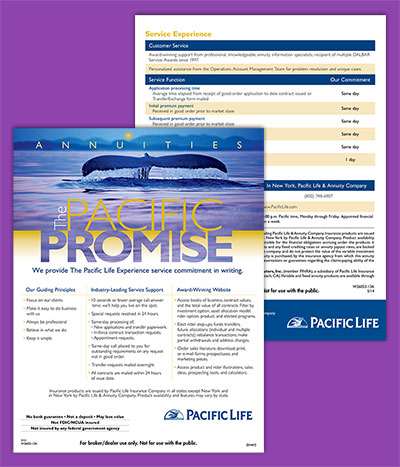 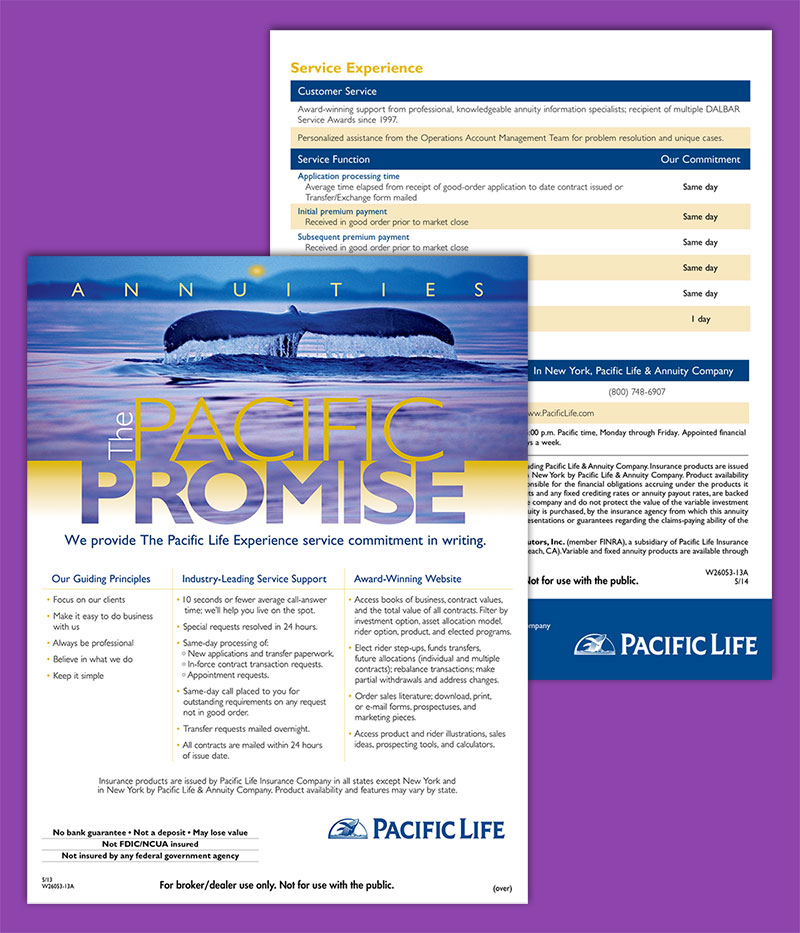 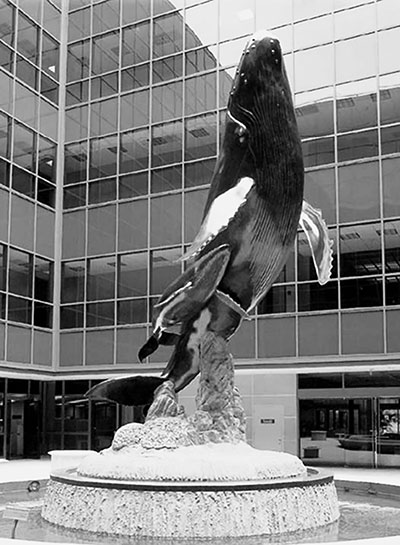 The statue of an adult whale and calf in the Pacific Life home office atrium is named the Pacific Promise to represent the company's long-term commitment to customers. Pacific Life 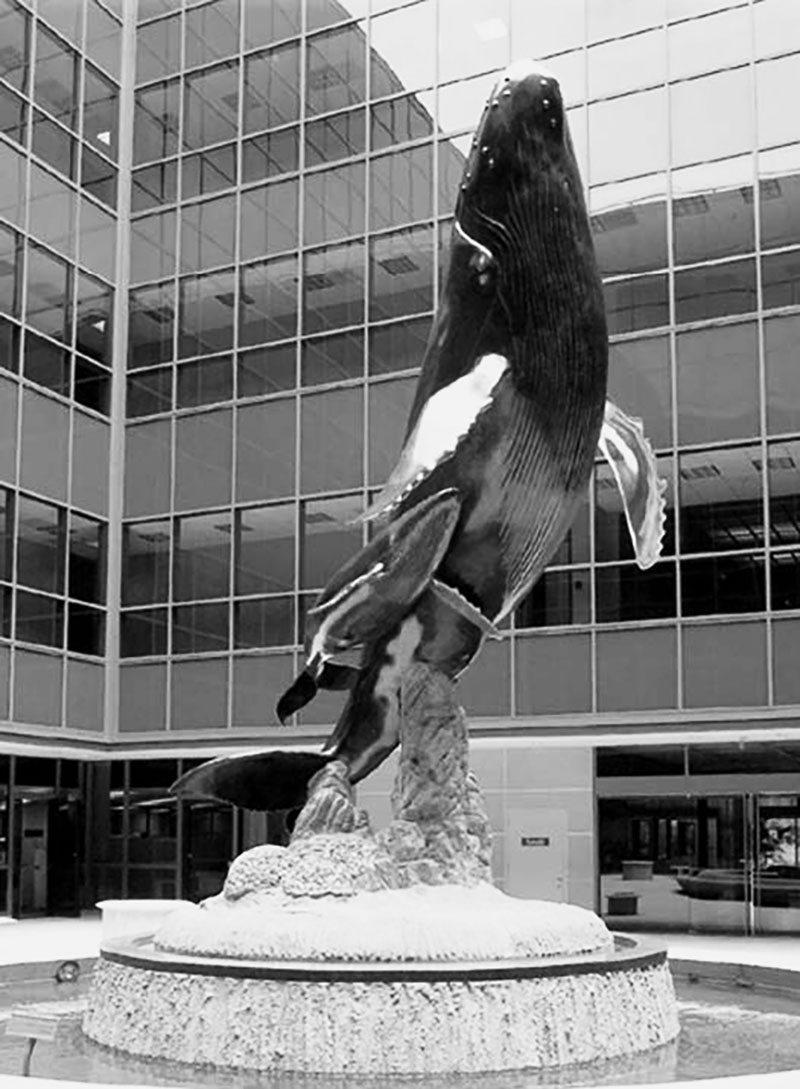 The statue of an adult whale and calf in the Pacific Life home office atrium is named the Pacific Promise to represent the company's long-term commitment to customers.
Pacific Life

A Pacific Life wholesaler walks into a broker’s office in the 1990s. The broker is on the phone, on hold with another insurance company. “When you're done with that call,” the wholesaler says, “we're going to dial our customer service 800 line, and I promise you, within 10 seconds, you're going to get a live person to answer your call." The financial advisor accepts the challenge, and sure enough, is speaking to a Pacific Life customer service rep almost immediately.

Pacific Mutual’s variable annuities group had an exceptional team and a great product. Success seemed likely, but the group knew it could differentiate itself further in the marketplace in one other area: service.

The division hired and trained the best people, invested in technology and systems, and put its service commitments in writing. These commitments, called the Pacific Promise, included: “10-second (or less) average speed of answer on all phone calls”, “24-hour processing of all new business applications” ,and “24-hour turnaround of all inforce policy changes.”

The Pacific Promise came to be the hallmark of the division, today known as the Retirement Solutions Division, even as it grew and added new products.

“Everyone really rallied around it, believed in it, and still does,” said Lorene Gordon, SVP of Operations & the Program Management Office. “Everything we worked on, we ensured that we could always still meet our promises.”

This high level of service has won Pacific Life numerous awards over the years, including DALBAR service awards and Stevie awards for sales and customer service. Today, the number of products requires a short prompt to get the right specialist, but the fast and accurate service is still a benchmark few companies can match. Same-day processing of applications, same-day processing of in-force contract transactions, and 10 second or less average call-answer time, among other commitments, are as important as ever.

“In terms of transaction speed, contract issuance speed, we were way ahead of the curve,” Gordon said. “The industry has caught up with some of that, but the call center model has been one that, to this day, most of our competitors still cannot achieve.”