The following ad, “Whales,” was Pacific Life’s first national cable television advertisement. The campaign launched on September 15, 1997, shortly after Pacific Life changed its name and converted to a mutual holding company. This ad aired during popular shows on networks such as A&E, CNBC, CNN and ESPN, and was so successful that Pacific Life developed a subsequent advertisement called “Whale Watchers” the following year. 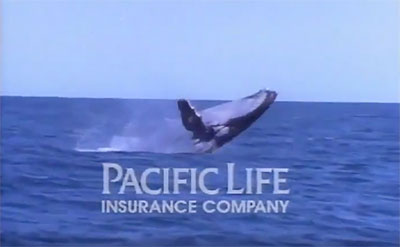 Three Cheers for the 3T's