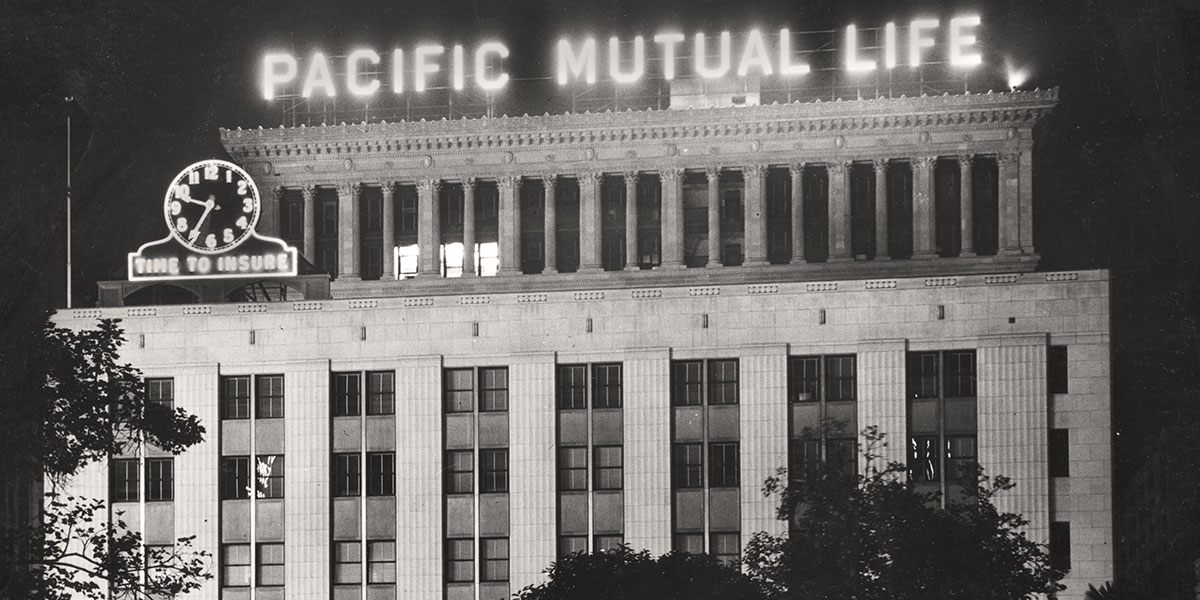 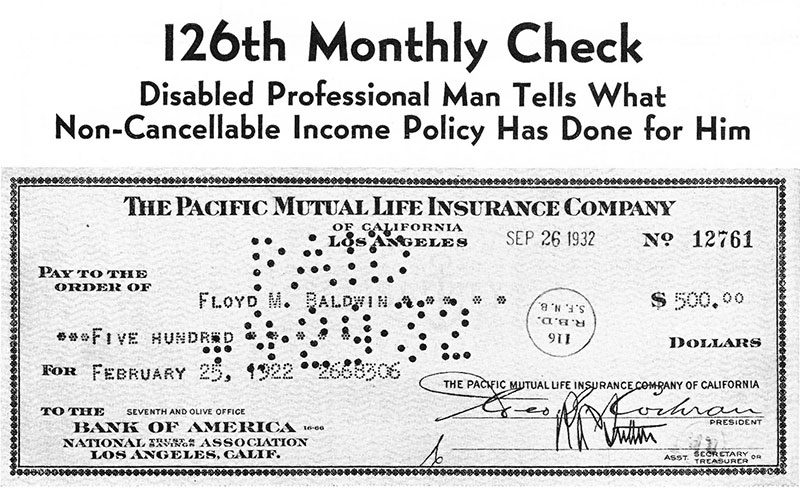 In the early 1930s, Pacific Mutual's newsletters proclaimed the benefits of the non-cancellable policy, and inadvertently illustrated its problems.
Pacific Life Archives 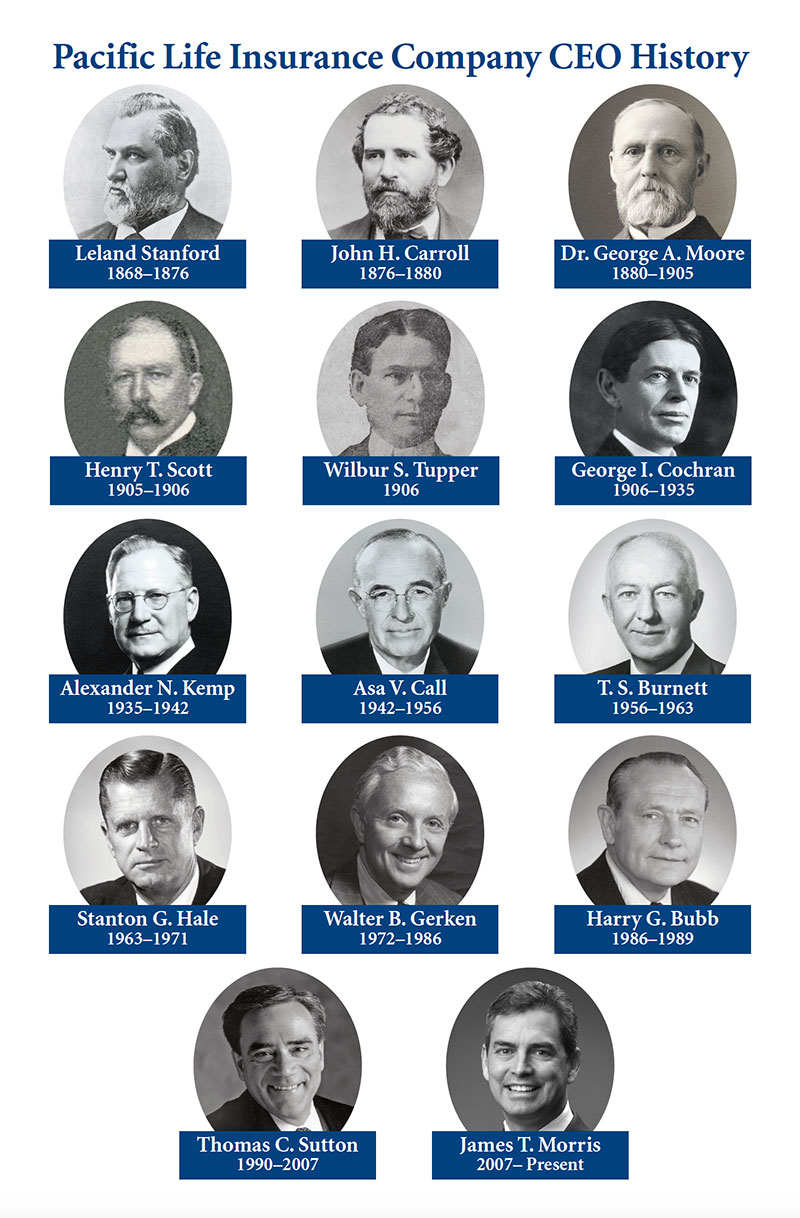 The stock market crash in October 1929 ushered in an era of grave economic uncertainty. America’s postwar prosperity was gone. The U.S. economy tanked, bringing down financial institutions across the nation. People lost their entire life’s savings, and unemployment rates soared.

The insurance industry managed fairly well, since overall it had few assets in the stock market, but it was not immune to the Depression’s effects. Pacific Mutual was in good shape—its assets covered the value of its future liabilities—except for one product: the non-cancellable income policy.

Introduced in 1918, the policy guaranteed coverage for permanent disabilities. It was the first such product among American insurers and quickly became a popular offering. But the policy also had some problems. The company hadn’t priced premiums in a way that fully covered its liabilities, and it had at least 49,000 non-cancellable policies in force by 1930. Although Pacific Mutual made some changes as it gained more experience with the policy, the company couldn’t solve the issue.

As the Depression worsened, some desperate policyholders realized the value of their non-cancellable policies and claims ticked suspiciously upward. Still, President George Cochran urged the company to continue to sell the products, and the festering financial risk soon became a major one. Payments were being made of $4 million a year.

As the company began to realize the extent of its non-cancellable problem, it brought in new expertise to help. Asa Call, an attorney known for helping struggling companies, joined as General Counsel and Vice President. An outside accounting firm came in, and Cochran was replaced by Alexander Kemp, also known for reorganizing and rehabilitating companies.

After evaluating the situation, Call and Kemp knew the company was in serious jeopardy. Besides the non-cancellables, Pacific Mutual was also paying too much in dividends, and the home office’s valuation was inaccurate—it was marked up too high. They couldn’t keep quiet. At the next evaluation by the National Association of Insurance Commissioners, they shared Pacific Mutual’s state of affairs.

In cases such as these, an outside organization may come in and reinsure the company. But this was the middle of the worst depression the country had ever seen. No institution wanted to take on additional risk. The one offer that did come in was so disadvantageous to Pacific Mutual’s policyholders, employees and agents that California Insurance Commissioner Samuel Carpenter refused to consider it.

With no other options available, on July 22, 1936, Carpenter seized the company.

Pacific Mutual’s future was in danger after the State of California took over the company. Find out how it overcame its darkest days in the next installment of the series, Failure Not an Option.