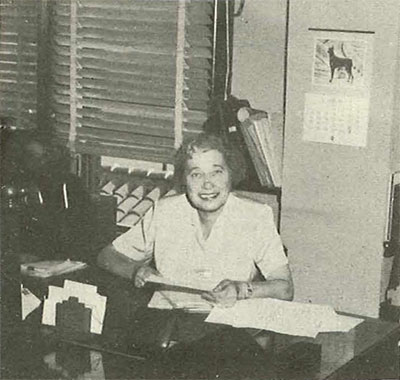 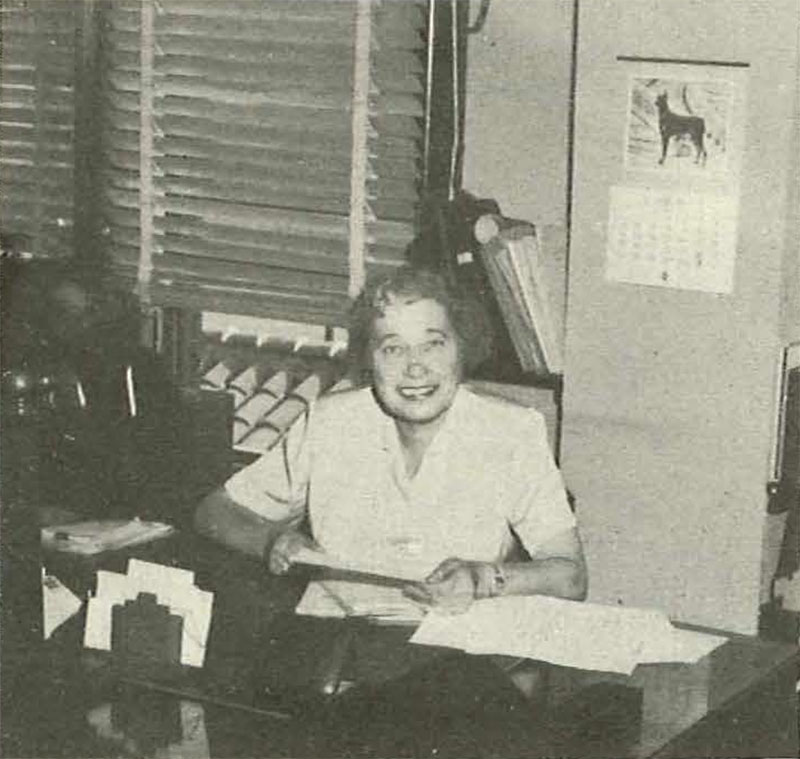 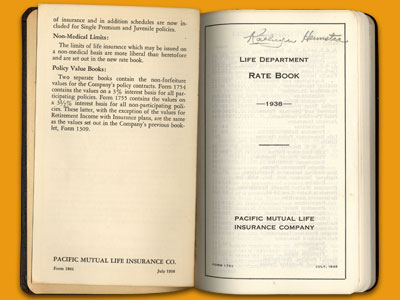 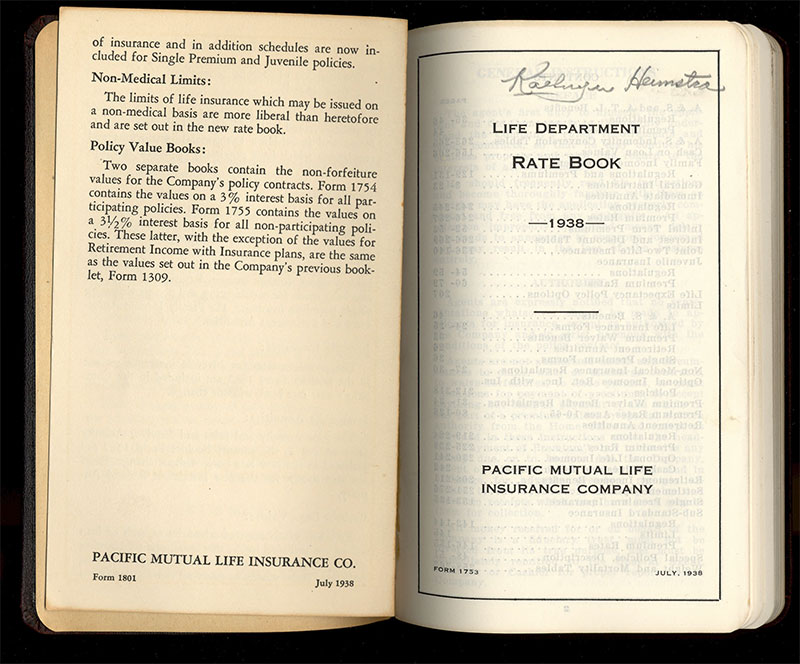 Kathryn Heimstra had never been one to walk away from a problem. Her first assignment after joining Pacific Mutual Life in 1917 was in the Emergency Division, which stepped in to take on work and solve issues when departments needed additional help. Eventually, she became the go-to person for customer issues in the Policy Change Department. In fact, she sometimes tackled issues that weren’t necessarily Pacific Life’s responsibility.

When longtime policyowner John Spangler wanted to change his beneficiary arrangement and had trouble establishing his wife’s date of birth, Heimstra immediately began searching for a way to satisfy the requirement. While written correspondence was the norm at the time, Spangler and Heimstra often met in person, and soon, Spangler had a way to move forward. His wife’s older brother could provide a sworn statement on the year of her birth.

Spangler was thrilled with the quick resolution at Pacific Mutual. His original policy had been with Conservative Life, which Pacific Life acquired in 1906, making his policy one of the longest-held in the company. Only one problem remained. Other insurance companies he had policies with still would not accept the birth date. Once again, Heimstra stepped in, clearing up the issue with the other companies so that Spangler could change his beneficiary arrangements with them, as well.


Standing Tall Among the Trees