The following passage features excerpts from a 2002 Pacific Life Wavelengths article about the evolution of the Pacific Life logo over the past 150 years. 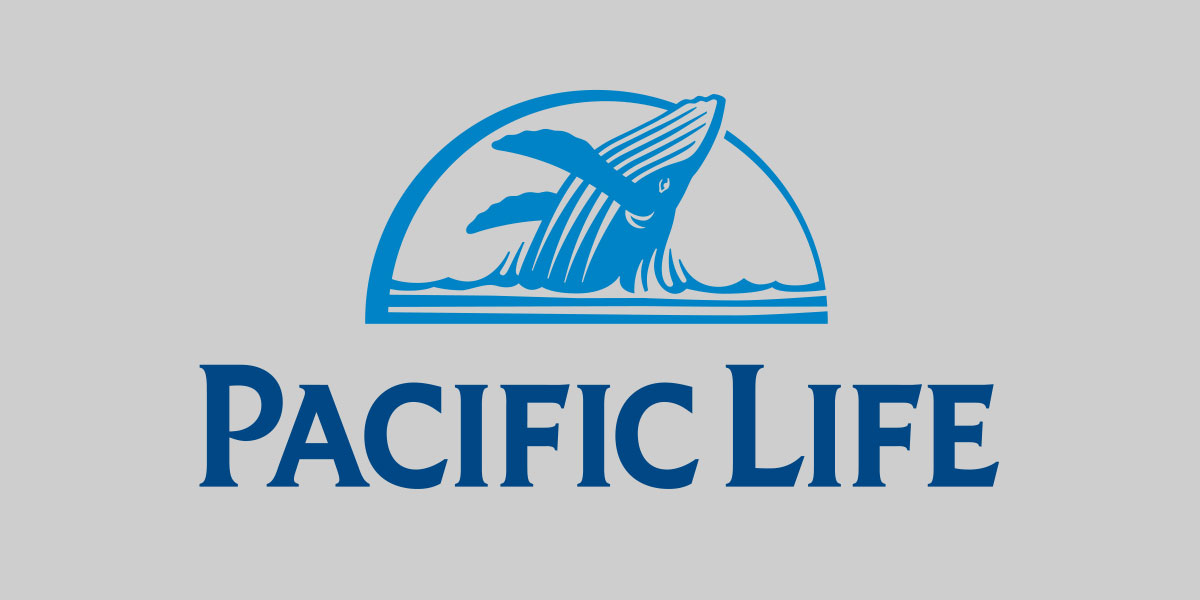 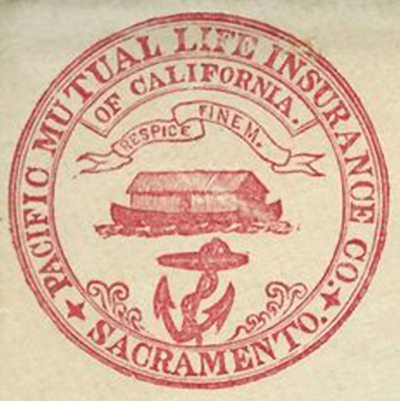 The 1868 logo featuring the anchor and ark. Pacific Life


The evolution of the Pacific Life logo:

(1868) The Anchor and Ark. At the second board meeting of the newly founded Pacific Mutual Insurance Company of California, a corporate seal was introduced. The seal displayed the anchor and ark and supported by a motto: “Respice Finem” or “Look to the end.” No reason is recorded for using the anchor and ark.

(1900) The Big Tree. A fictitious tree was introduced and eventually became the company trademark. The company described itself as “solid, secure, and progressive.” Other comments expressed that the company was striving for progress—active, yet with a conservative course.

(1902) The Wawona. The Wawona was an actual tree, which replaced the fictional big tree previously used. It had been described as the oldest living thing on earth. The Wawona tree had attributes that matched well with Pacific Mutual’s own corporate identity: Age, endurance, strength and the fact that it was still growing.

(1911) The Giant of the Pacific slogan was adopted and remained in use until the mid-fifties. Also, the Home Office building in Los Angeles was worked into the logo design. The company’s aim in 1911 was steady, symmetrical growth along safe and conservative lines. Marketing materials described as an old time, old line company offering its policyholders unequaled security.

A new look to the same basic symbol took place in 1923. The Home Office building in Los Angeles had grown, and along with it, the building’s prominence in the logo. The tree now seemed to stand behind the company. The signature read, “The Pacific Mutual Life Insurance Company of California.”

(1972) The Stylized PM (also looked like a modern drawing of a seagull). By this time, the Wawona tree had been uprooted by lightning and disease; its symbolism and meaning as a service mark were diminished. The new logo was contemporary, and communicated simplicity and strength. The logo was frequently accompanied by the phrase, “Imagination Beyond Insurance.”

(1986) The Infinity Sign. The Infinity Logo represented Pacific Mutual  and its subsidiaries as an enduring financial institution. Its contemporary design portrayed a solid center with lines radiating outward and returning to the center. The shape of the logo indicates a decentralized corporation with strength at its center. The infinity symbol was meant to suggest stability and continuity.

(1999- ) The Stylized Humpback Whale. A breaching humpback whale is a powerful image and is one that denotes many qualities. A humpback whale is large, strong, enduring and uniquely friendly—as is Pacific Life.

The descriptive words we use today are: Persistence, Performance, Strength. Our phrase is: Rely on the Strength of the Pacific and Harness the Power of Pacific.


"This Is Why We Do Business with You"

The 1868 logo featuring the anchor and ark. Pacific Life