Pacific Mutual expands its capabilities and its giving. 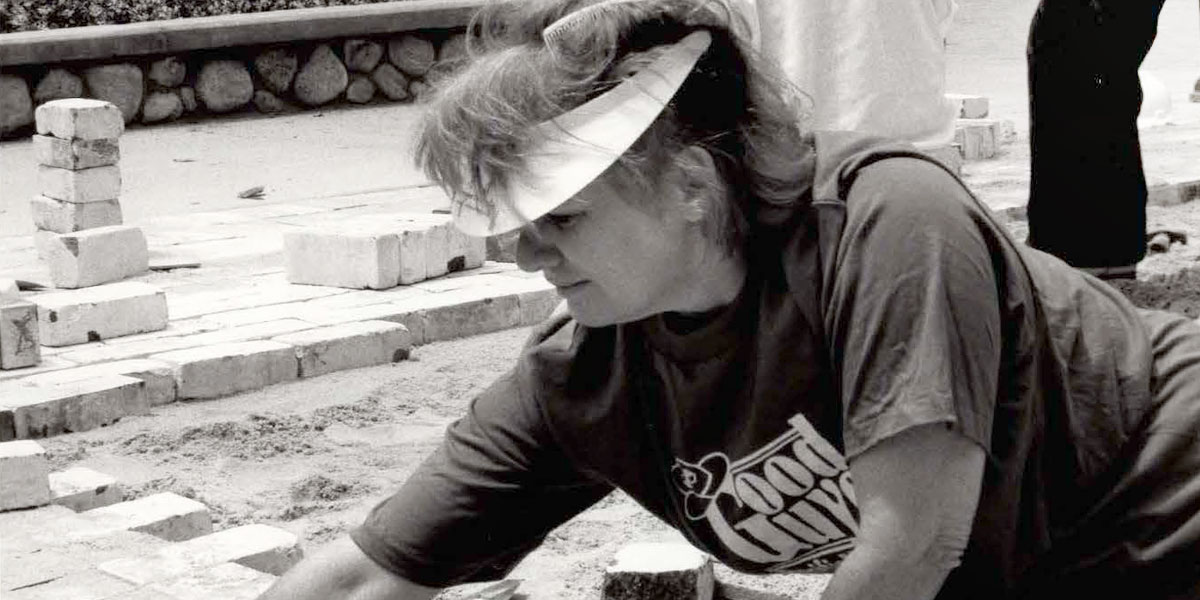 Lisa Collins volunteers with the Good Guys in May 1990 to help repair the Discover Museum in Santa Ana, California. The Good Guys was formed in 1985 as part of the company's effort to share more of its time and talents with its local communities. Pacific Life Archives 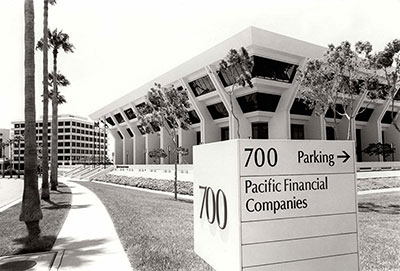 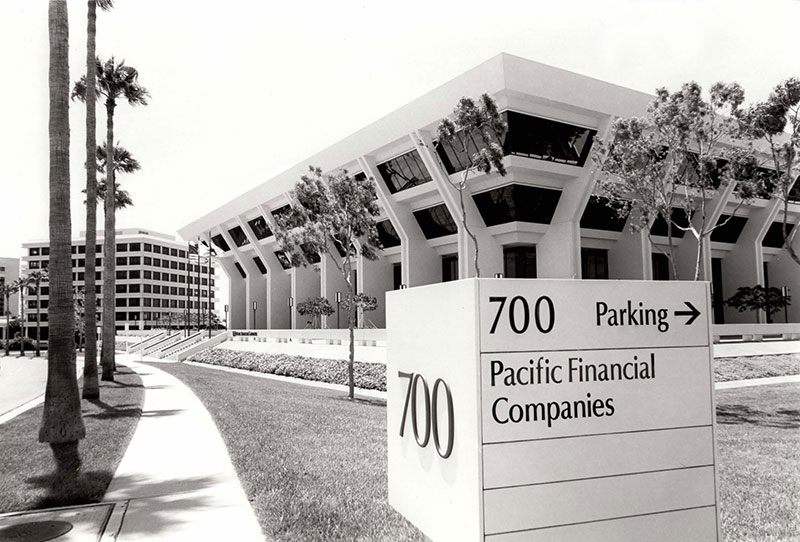 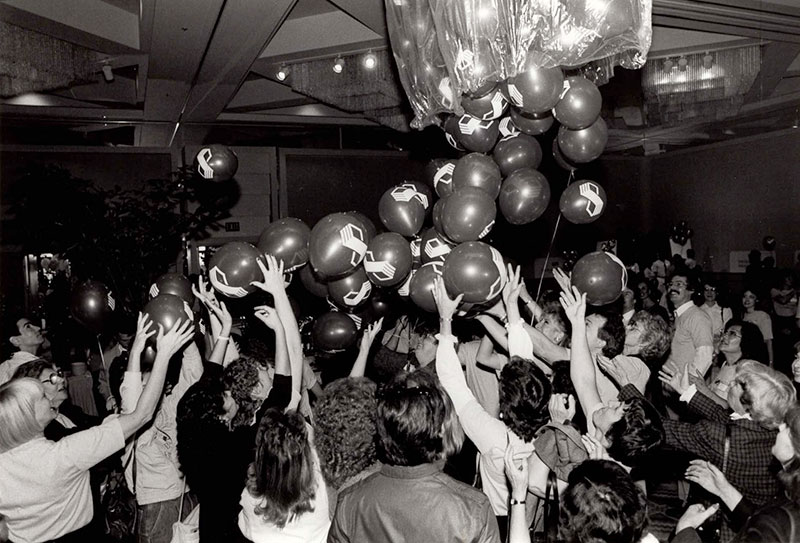 The launch of a new logo in 1986 called for celebration.
Pacific Life Archives 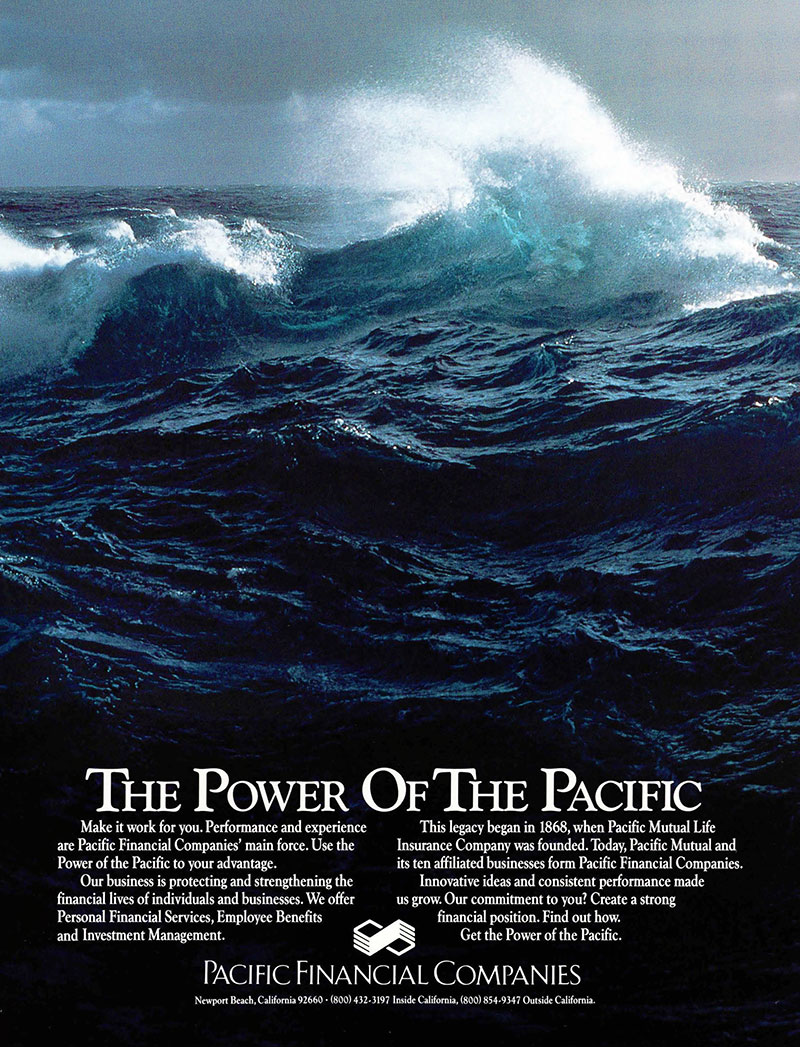 In 1986, the company launched a new advertising campaign, highlighting the Power of the Pacific.
Pacific Life Archives 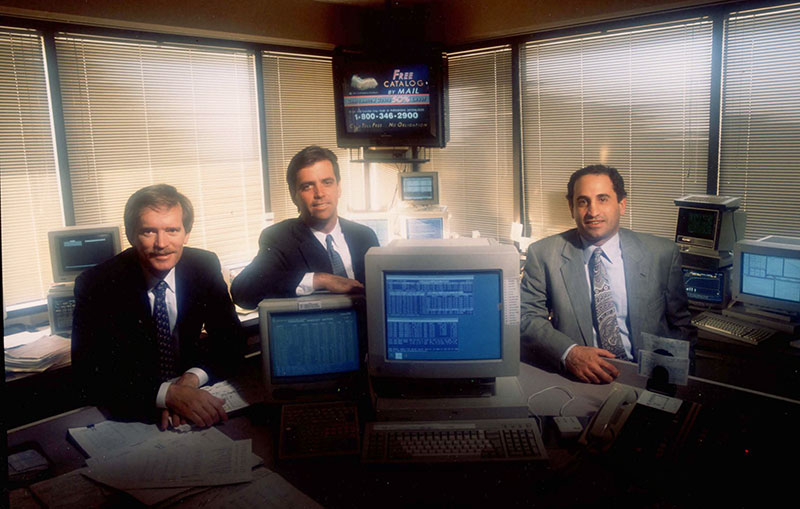 PIMCO, created in 1971 as a subsidiary of Pacific Mutual, was spun off into a separate public company in 1994.
Pacific Life Archives

The late 1970s and early 1980s were a time of challenge and change across the insurance industry. In the midst of this turmoil, Pacific Mutual found a path forward with new products and a new model for selling its product through independent channels.

To go along with its growing capabilities and its hopes for continued expansion, Pacific Mutual established a new corporate identity as Pacific Financial Companies in 1986 (though within a few years it would return to Pacific Mutual). At the same time it introduced a new logo: a stylized infinity symbol.

Pacific Mutual was also taking steps to expand its corporate giving. While the company had always given back to the community—its relationship with United Way dated back to the 1930s—it did not have a formal organization or method for distributing charitable contributions. That changed in December 1984, when the company set up the Pacific Mutual Foundation with an initial endowment of $3 million.

The Foundation was visionary in its giving from the start. It became the first corporate sponsor of AIDS Walk Orange County in 1987, and it funded early AIDS research and distributed information about the disease among offices and schools in the area.

Complementing the Foundation’s giving efforts was the employee-led volunteer program, Good Guys. Established in 1985, the group continues to provide a diverse slate of local volunteer opportunities for employees, everything from cleaning up parks to staffing benefit races and festivals.

Amid these efforts, Pacific Mutual ventured into far-sighted territory with its subsidiaries and investments. In 1992, Pacific Mutual petitioned the State of California to rehabilitate First Capital Life, which had been taken over by the California Insurance Commissioner. Showing just how far Pacific Mutual had come from its own rehabilitation days, it gained the support of the state, and merged First Capital’s assets into a new subsidiary called Pacific Corinthian Life,  giving the prior company’s policyholders stability and confidence that their policies would be successfully managed for years to come. After five years, the subsidiary was folded into Pacific Mutual.

Pacific Mutual’s most well-known success story came through a subsidiary it formed in 1971 called PIMCO (Pacific Investment Management Co.). Although PIMCO took years to gain traction, the parent company took a long-term view of the project and kept it going. By the mid-1980s, it had assets of more than $9 billion, and the management team of Bill Podlich, Bill Gross and Jim Muzzy continued to push the subsidiary forward with an almost unstoppable force. As the 1990s began, PIMCO was widely recognized as the leading bond investment manager in America, with assets of approximately $25 billion under management.

Despite the company’s solid foundation of investments and products, ratings agencies downgraded Pacific Mutual in 1991 as a result of a widespread financial crisis. In shock, Pacific Mutual went to external stakeholders, making its positions and strategies clear to financial advisors, consumers, and the ratings agencies themselves. It also looked inward, strengthening its investment portfolio.

The company’s hard work paid off. In 1994, Moody’s upgraded Pacific Mutual from A1 (good) to Aa3 (excellent).

That same year, PIMCO spun off as a separate publicly traded company so it could more easily expand and Pacific Mutual could better realize its investment. Pacific Mutual retained an interest in PIMCO, and when it eventually sold its shares, the resulting funds helped to grow its Annuities Division, started in 1993, into the powerhouse Retirement Solutions Division of today.

In 1996, Pacific Mutual made another move that would turn out to have long-term benefits. It made an initial investment in Aviation Capital Group (ACG) that would grow and eventually lead ACG to become a wholly owned subsidiary.

With smart investments and a diversifying business, Pacific Mutual was on top of its game. But as ever, the market was changing. Former mutual companies were demutualizing and turning to public offerings to fund their growth. How would Pacific Mutual prepare for its future?

Find out how Pacific Mutual adapted its structure and brand in the late 1990s, and prepared for long-term success, in the next installment of the series, A Whale of a Time.