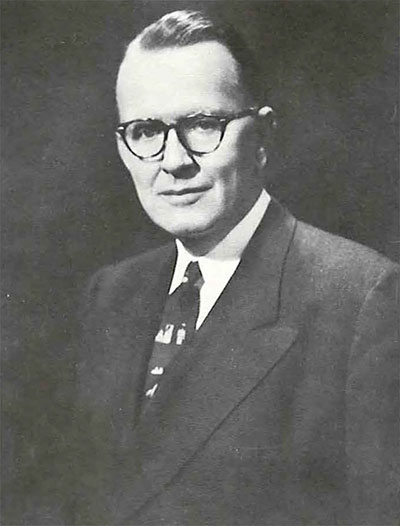 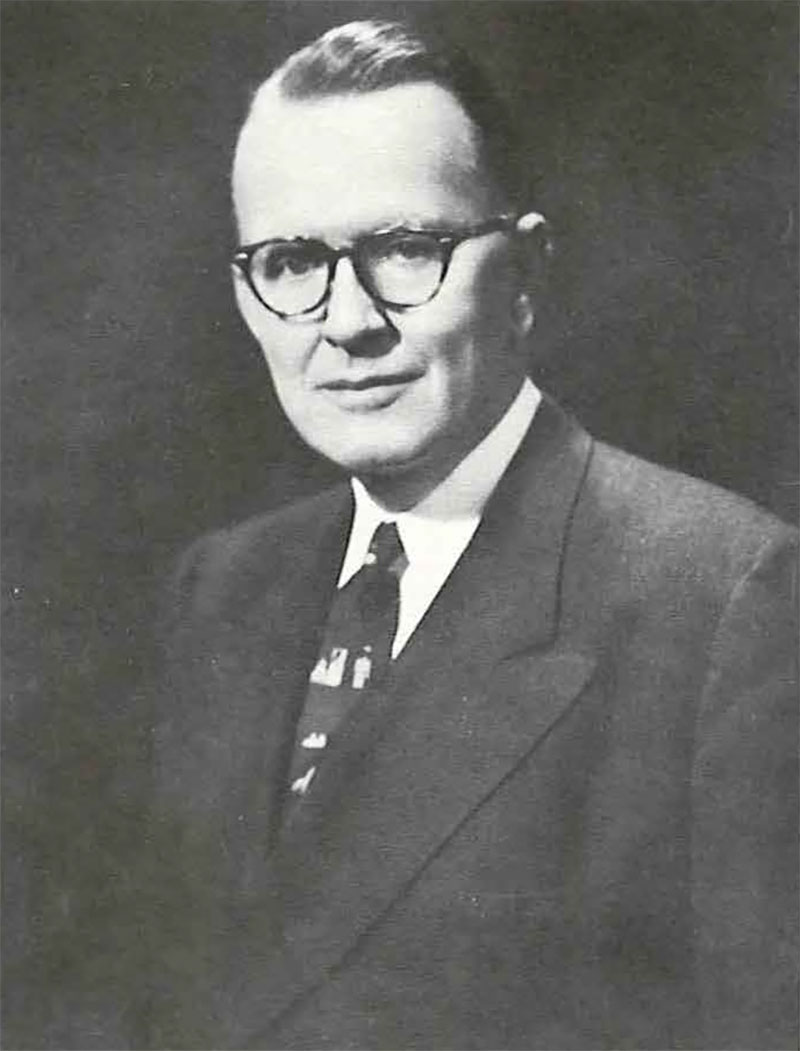 President T.S. Burnett holds up the initial sales estimate for the "March for Robbie," which later grew to $33.6 million. Pacific Life Archives

When Lyman P. Robertson joined Pacific Mutual as assistant counsel in 1933, he was embarking on a career that would last three decades and elevate him to the level of vice president of communications. Throughout his career, he proudly championed the Pacific Mutual name, and through his care and compassion for his fellow employees, he became a beloved figure at the company.

“I have always tried to return their affection in kind,” Lyman said of agents working in the field. Upon his retirement in February 1963, it was the field force that repaid his affection in kind, setting up a sales drive—“March for ‘Robbie’”—to see him off before he and his wife left on a cruise for Spain.

The drive spanned the month of March and was organized by Earl Denman, president of the Big Tree Club. Each agency submitted a pledge for sales, which when aggregated was a whopping $20 million.

Agents in the field didn’t just reach the goal—they exceeded it, setting a monthly sales record of $33.6 million, with the most million-dollar days in the company’s history and a daily sales record of nearly $9 million. It was one of the greatest sales drives in company history.