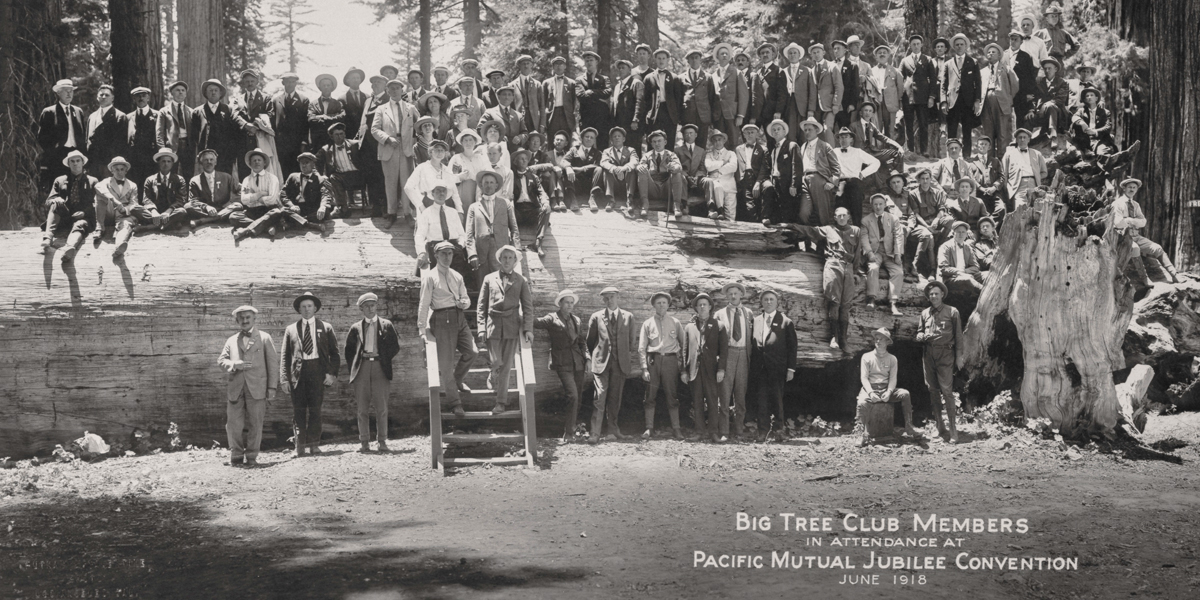 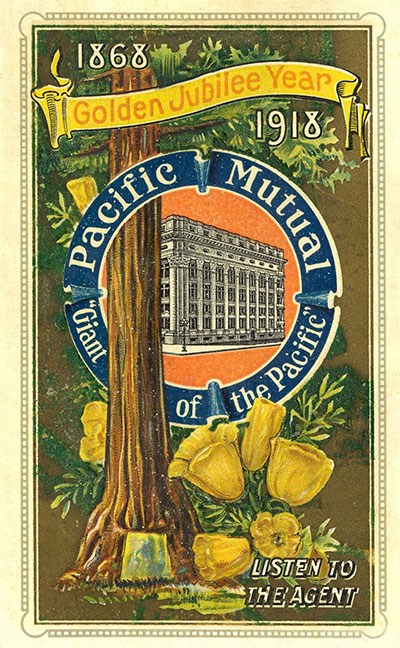 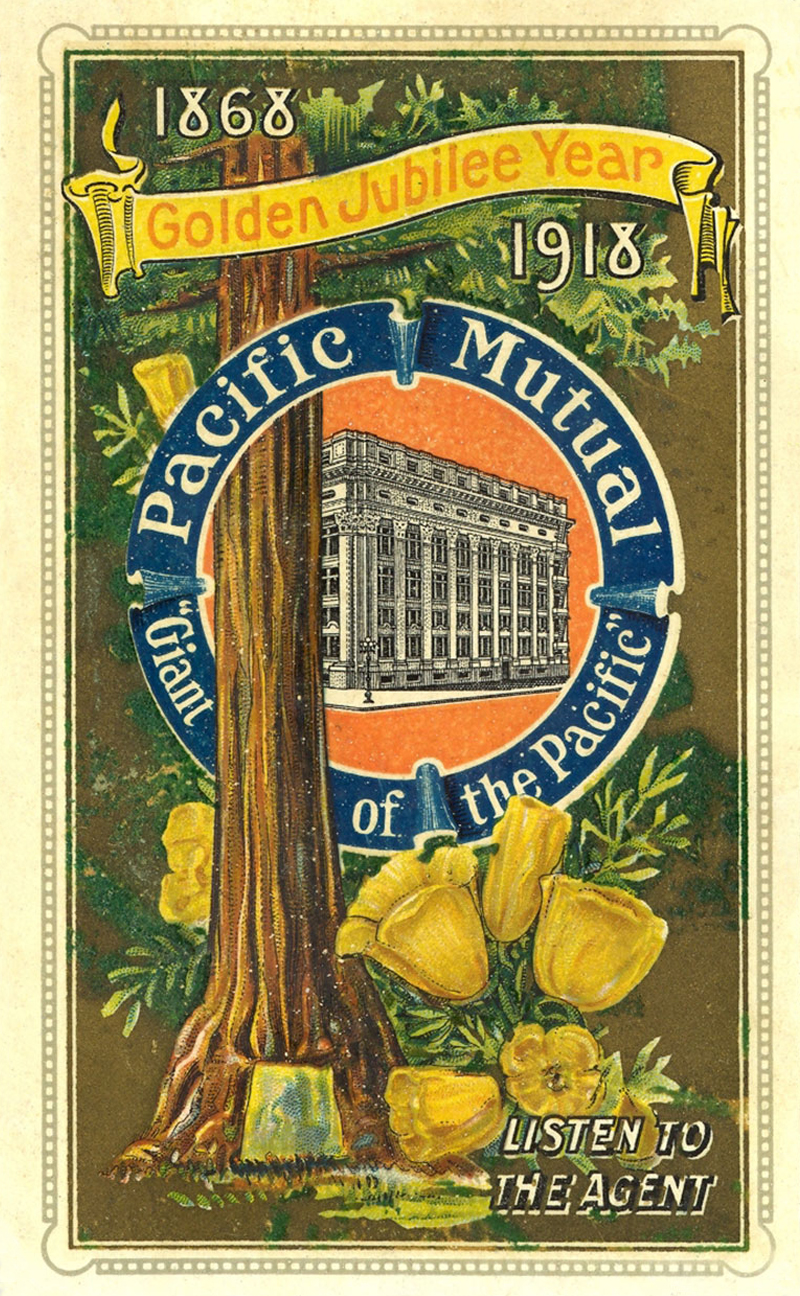 
On January 2, 1918, Pacific Mutual turned 50 years old. In his annual letter to shareholders, President George Cochran declared the motto of that year to be “Economy, Efficiency and More Business.” To that end, the jubilee was a success. During the anniversary year, new business increased by more than $22 million, bringing total policies in force to over $200 million.

It was not all hard work at Pacific Mutual. Celebrations took place in June with the Pacific Mutual Jubilee Convention at the Virginia Hotel in Long Beach, California. The annual meeting of the Big Tree Club, a group of the top-selling salespeople in the company, also convened that month. The club also travelled to the Yosemite Valley to visit the great Wawona tree, the emblem of Pacific Mutual since the early 1900s and the inspiration for the club’s name.

A decade later, when Pacific Mutual had its diamond jubilee, employees banded together again to increase sales. In May 1928, Pacific Mutual began a six-week pre-convention drive for employees to write six new applications apiece. Some rose to the occasion quickly, meeting the goal within a day, while others toiled until the final day of the drive, June 15, to sign up their sixth. All told, about 2,500 new customers purchased policies during the drive.