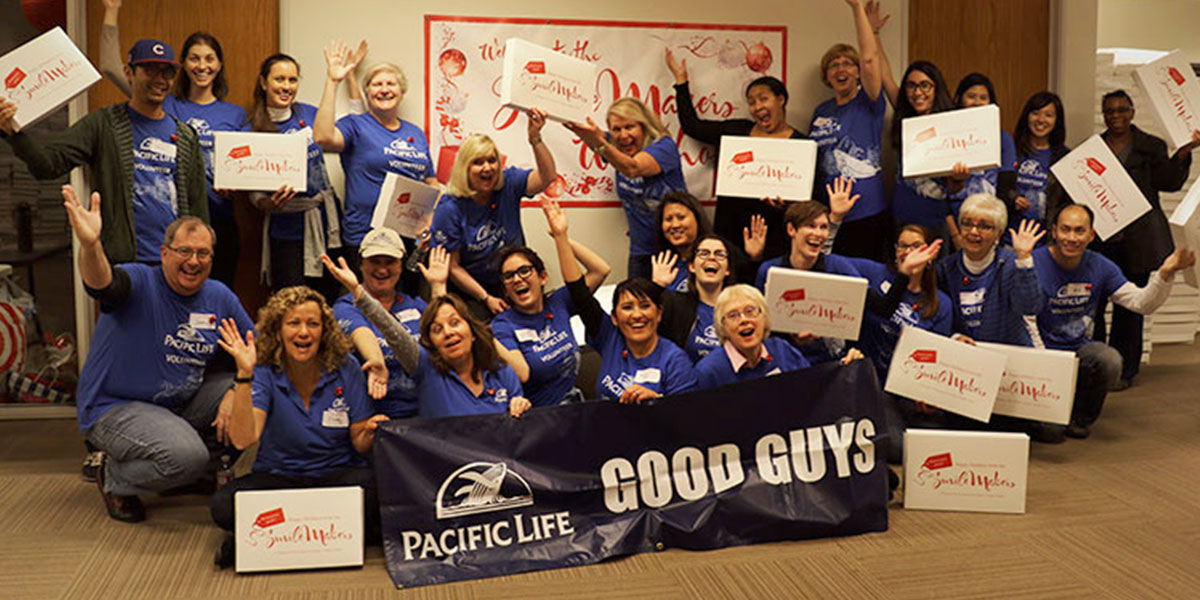 Who says you can't have fun while you volunteer? Pacific Life 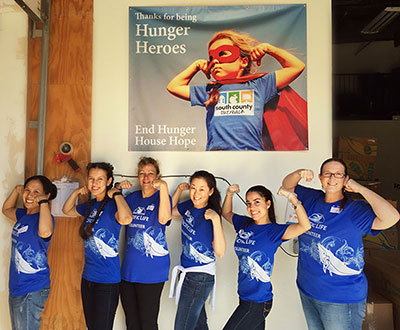 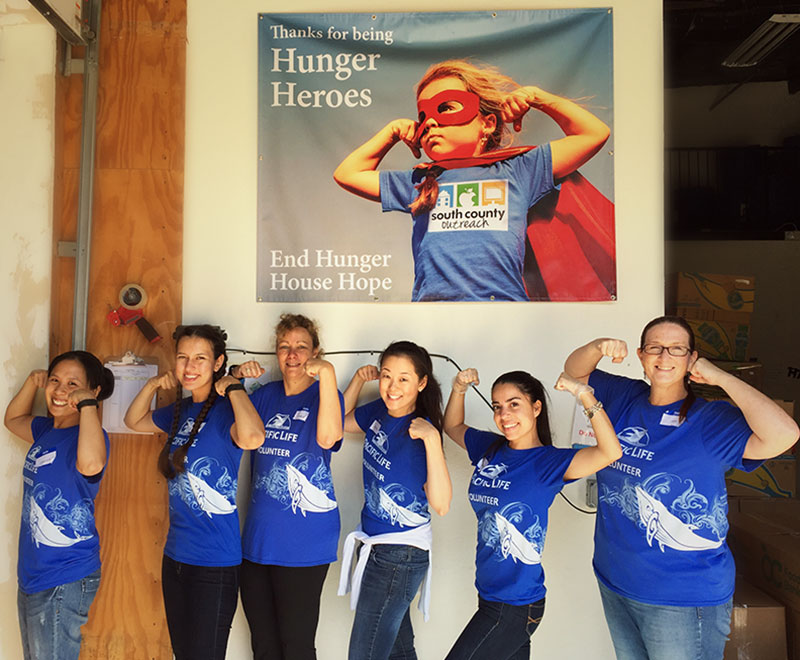 
Everybody that is a part of this genuinely wants to be involved with these agencies, wants to be with their coworkers, wants to make an impact." Diana Gleisberg


When the Good Guys show up to volunteer in Pacific Life’s communities, it’s not unusual to hear a burst of excitement from the organizations they work with. “We love the Good Guys!”

And with good reason. Pacific Life’s volunteer organization is filled with committed, passionate employees eager to give back to their communities. Longtime Good Guys volunteer Doug Jackson hears all the time from outside coordinators that they know they can rely on the Good Guys, as well as the friends and family volunteering alongside them, to be professional and ready to tackle any project without a lot of preparation.

Diana Gleisberg, president of the Good Guys in Omaha, agrees. “They know they can count on us,” she said. When one woman the Good Guys worked with at the Child Savings Institute began a new job with the Cystic Fibrosis Foundation, it didn’t take her long to reach out to the Good Guys again. “She wanted to continue that relationship.”

When relationships are continued, it’s not unusual to see bonds form between the volunteers and the group as well. Jackson volunteers every year with the Good Guys for the Special Olympics.

“It’s absolutely touching for me to see the emotions and the competitive spirit and the support that is provided to the athletes and to the parents and the coaches,” Jackson said. “I've seen the same athletes year after year. I've seen their parents. I’ve seen the other volunteers who continually show up because it touches them as it touches me. . . . There are people that simply wouldn't miss that event because it is so special.”

As Gleisberg puts it, there’s no ulterior motive for the Good Guys. “You're not volunteering . . . because you're hoping to look good for your boss,” she said. “Everybody that is a part of this genuinely wants to be involved with these agencies, wants to be with their coworkers, wants to make an impact.”

Sometimes, the impact hits home in unexpected ways. Jackson and his wife, Sandy, were volunteering for a CASA (Court Appointed Special Advocate) picnic with Pacific Life when Sandy struck up a conversation with one of CASA’s administrators. The program connects abused and neglected children with volunteers who meet with the children and stand up for their needs and interests in court. She was so impressed with the group’s mission that she decided to become a CASA volunteer. She’s been a committed advocate for children ever since.

A Milestone Worth Celebrating: The Quarter-Century Club