Where others saw risk, founders found opportunity to tame the Wild West. 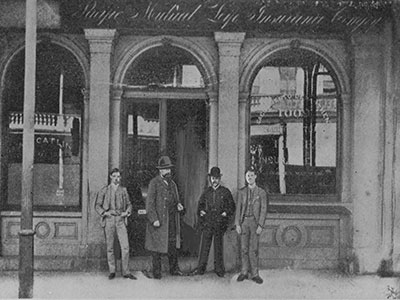 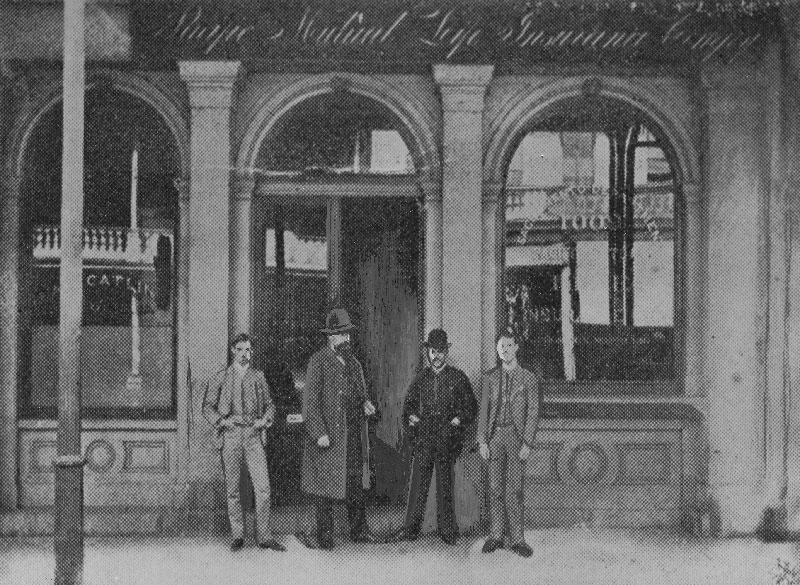 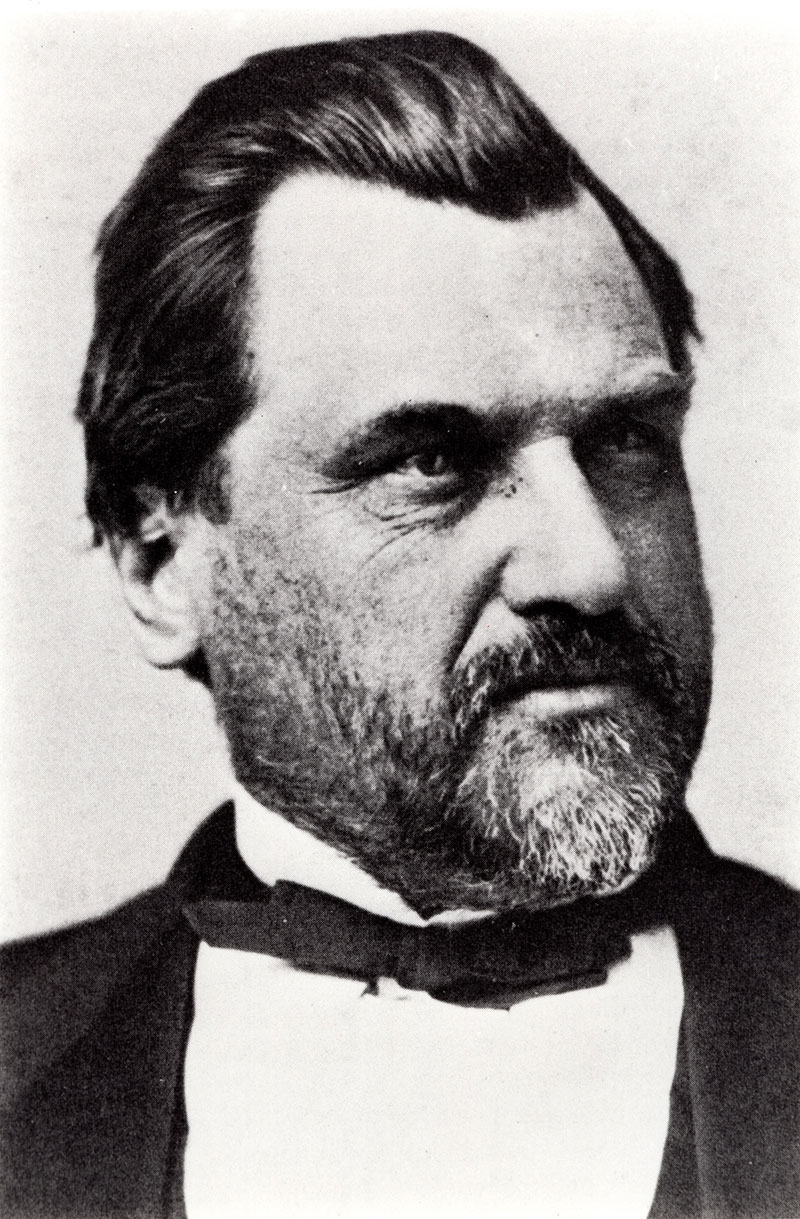 Early policies, such as this one for James Burnham, included elaborate illustrations with symbols used in the company's logo.
Pacific Life Archives

For the average resident of 1860s California, life was filled with opportunity—quickly growing cities, industries springing up everywhere, a transcontinental railroad in the works, immigrants and pioneers still pouring into the state. Yet for all its promise, frontier living came with some inherent disadvantages. Conducting business with East Coast companies, sending and receiving mail, and traveling to other parts of the country were painfully slow. Many in the East saw Californians and other Westerners as risky business prospects. Citing the “hazards of frontier life,” insurers slapped policyholders with higher premiums. Claims took months to send back and forth across the continent.

Simon Schreiber and Josiah Howell, however, saw opportunity in a situation that frustrated most people. They were convinced that a life insurance company based in Sacramento, the state capital, could thrive. In 1866, California had passed legislation allowing mutual insurance companies to be established in the state, which would eliminate months of correspondence with the East Coast and keep investment money in the West. Schreiber and Howell had the connections to make such a venture happen and the will to make it successful, though they didn’t necessarily have the funds to get it off the ground.

First on their list of people to talk to was Leland Stanford. As president of Central Pacific Railroad and former governor of California, Stanford carried great weight in the community. With Stanford on board to purchase stock in the proposed company, 30 other prominent businessmen soon followed. Included among them were Stanford’s railway compatriots: Charles Crocker, vice present responsible for construction, and Mark Hopkins, the railway’s treasurer, whose supply business was worth millions.

On December 28, 1867, the subscribers met to incorporate the new business, and The Pacific Mutual Life Insurance Company of California was officially certified for business on January 2, 1868. Pacific Mutual would offer life insurance policies and endowment policies. Stanford was named president; Schreiber and Howell, the company’s exclusive general agents. The company’s first policy was presented to Stanford. His wife, Jane, was named as the beneficiary of the $10,000 policy, the top limit offered by the new company.

With the home office established in the D.O. Mills Building on Second Street in Sacramento, Schreiber and Howell quickly got to work, hiring an agency sales force that became the standard for the company for years. Westerners began taking out policies with the company, agreeing that a West Coast insurer could fulfill their needs better and more quickly than one based on the East Coast. Within a year, the new company had expanded, with agents doing business as far away as Dakota Territory. But Easterners apparently had reason enough to apply for policies with Pacific Mutual: By 1874, the company’s agencies could also be found as far away as New York.

Pacific Mutual couldn’t rest easy on its initial success. In September 1873, a recession hit the United States. Businesses failed, devastating a population only just recovering from the ravages of the Civil War. Insurance companies weren’t exempt from what came to be known as the Panic of 1873. More than half failed, including California Mutual Life Insurance Company, which had been established just two months before Pacific Mutual.

Pacific Mutual was now the West’s oldest operating life insurance company—if it could hang on. Economic panics during the latter half of the 1800s shuttered countless businesses. How did Pacific Life fare?

Find out in the next installment of this series, What Growing Pains?


A Wild and Dangerous Country