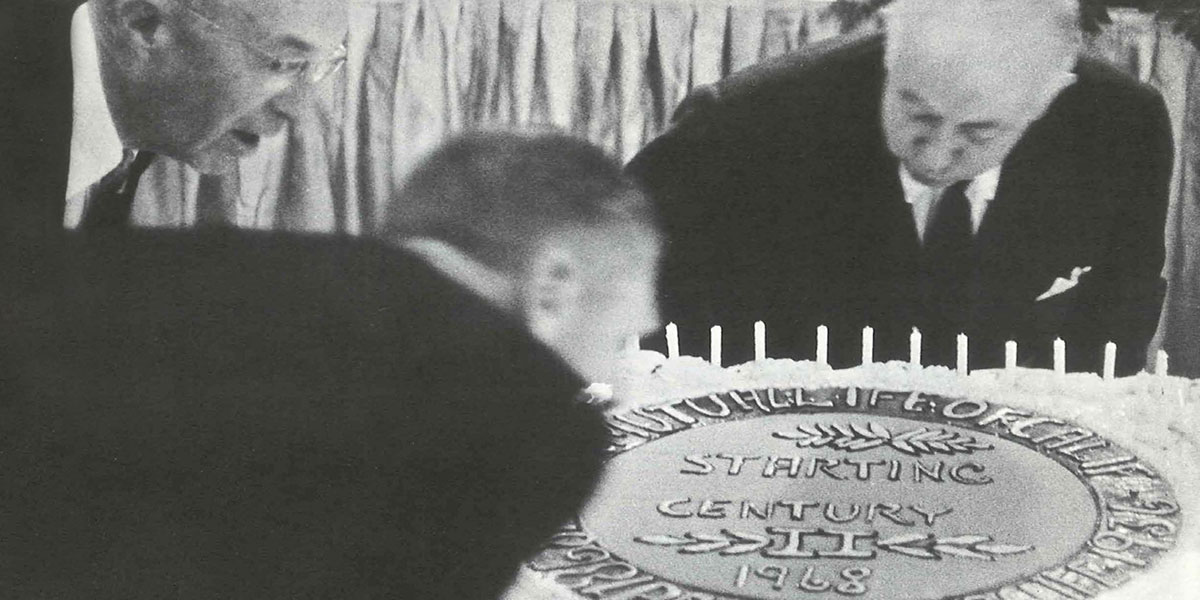 At the anniversary kickoff celebration, Honorary Board Chairman Asa V. Call, President Stanton G. Hale and Chairman T.S. Burnett blow out the candles on the luncheon's special cake–all 100 of them. Pacific Life Archives


Pacific Mutual was destined from the beginning to meet the challenge of change." Chairman T.S. Burnett, 1968


Pacific Mutual kicked off its 100th anniversary on January 2, 1968, with a centennial luncheon. Listen in as Chairman of the Board T.S. Burnett shares his perspective on the company’s heritage and future. Notice anything similar to the company’s values and focus today?

Listen to the anniversary speech: