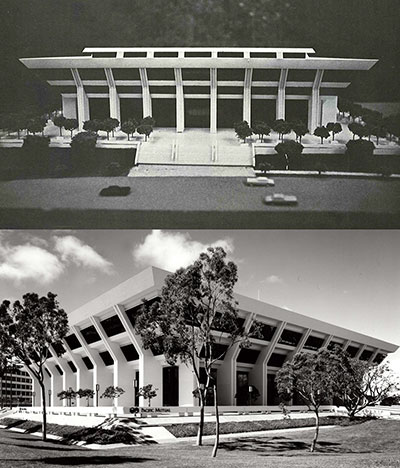 A rendering of the Newport Beach facility, top, and the actual building, bottom. Pacific Life Archives 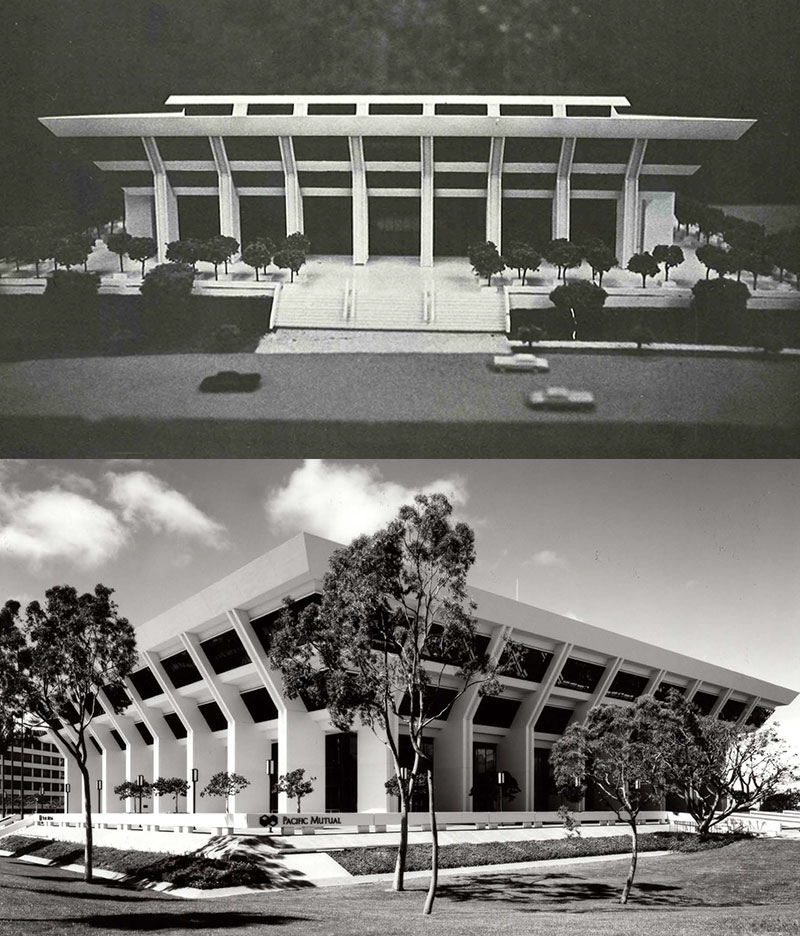 A rendering of the Newport Beach facility, top, and the actual building, bottom.
Pacific Life Archives 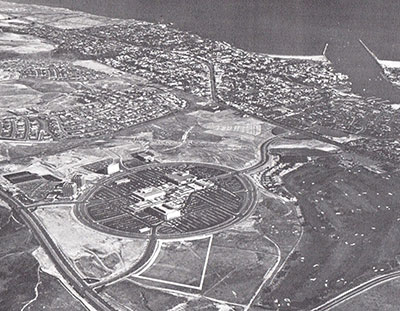 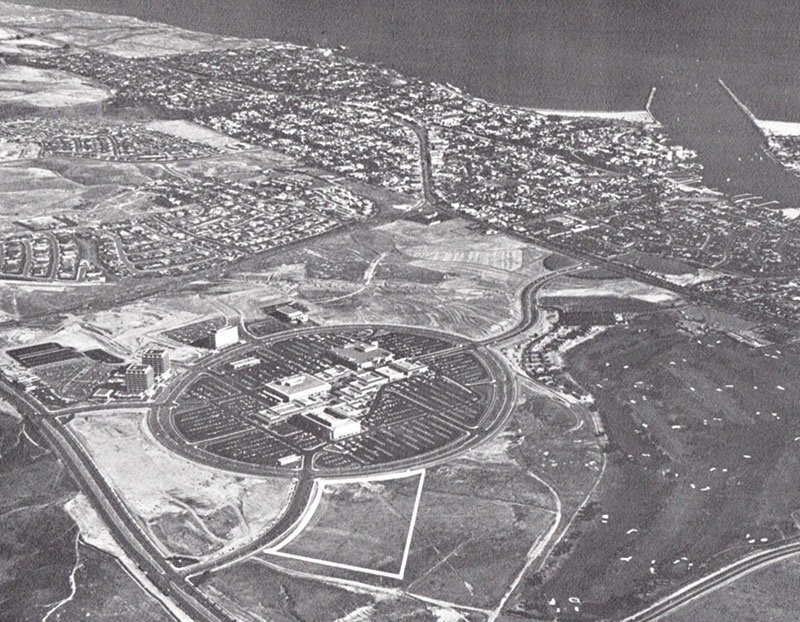 When a model of the proposed Newport Beach building first went on display in the lunchroom of the Los Angeles home office in August 1970, employees were delighted with the sleek and futuristic design. The new building would be located on a 10-acre plot in Newport Center and completed by 1973.

The future headquarters was designed by William Pereira, the visionary behind the Los Angeles County Art Museum and the Huntington Harbour master plan. The office, which was the size of five football fields with 238,000 square feet of office space, received international acclaim and was featured in the Spanish architectural magazine Informes de la Construccion.

The building, finished by the end of 1972, proved to be such an attraction that employees served as tour guides for people interested in seeing the distinctive new space.

The new office also served as a recruiting tool, as in the case of Denise Kelly, a portfolio manager for Real Estate Investments. She was shopping at Fashion Island in 1972 when she noticed “a unique, odd-shaped building going up across the street” and was compelled to investigate. She filled out an application and ultimately worked for the company for more than 25 years.

A rendering of the Newport Beach facility, top, and the actual building, bottom. Pacific Life Archives

A rendering of the Newport Beach facility, top, and the actual building, bottom.
Pacific Life Archives